Strange as it may seem,
I was tempted to consider
Catholicism, not the Roman kind
but that of the breakawy churches
who accept all, gay or straight,
married or divorced, the whole
lot of mankind just because.

They do believe in heaven
which is a good alternative
to the Bardo, and having choices
is a good thing even in death.

I was truly tempted to give
it my all when I realized that
it was problematic, for it had
led me into temptation and that
is something you pray doesn’t happen,
and if I want a conundrum
Buddhism offers me plenty.

I speak clearly, concisely
in an ancient, long forgotten
tongue that none understand.

I tell my tale, leaving out
nothing, a summoner
in a deaf world, whispering

of coins, pulled from
an empty pocket and cast
at your feet, soundless.

I point to signs, lettered
in my careful hand, without
meaning, cryptic to you

who sits by the gate
wrapped in rags, waiting
to for rain to melt the pillar.

My ultimate goal, never to be achieved
is to redesign hell and all of its circles
to better reflect the world we live in now.

Of course I’d need two circles for
politicians, one for each major party,
and independents get to choose.

Catholic priests, minister and rabbis
who abused members of their flocks
get a circle of their own with the movie

Dogma playing in an endless loop.
There would be all the usual circles
for the those whose lives fell short

and one for Buddhists. Imagine
a run down Motel 6 in the worst possible
neighborhood, since they will only

stay until their reincarnation as
something truly ghastly and detested.
Those would be my desirables, but

the one certainty, the absolute is
the worst of all, set aside for those
who spent untold hours toiling

to write catchy but ever so vapid, cloying
melodies and lyrics that become stuck
in your mind like an intractable fungus.

We sat in the tent
and you complained again
of our condition, knowing
what lies just out of reach.
He speaks to me, not you
and there is little you can do
to hide your jealousy.
I often wonder what might
have happened if I had wiped
the blood of the lamb from your lintel.
It was you who watched
the calf take shape and
did nothing, seeing it
a personal tribute, and
ordained its fashion
and for your sin
we shall be together
forgotten men
in the land of Moab.

In a time set aside for mourning
we easily remember those, loved
or despised, taken by age, disease,
war or poverty and neglect.

But trapped in our isolation
we should also pause and recall
the snake, condemned for offering
knowledge for which we were ill-equipped.

Let us not forget the ram,
whose only sin was to be
in the wrong place at the wrong time,
traded for Isaac without remorse.

And let us share a moment’s silence
for those left behind as God’s waters rose,
wondering as they drowned, how Noah decided,
God hearing no appeals in His pique.

Who will mourn for us, when we
make our departure, or will we
be like the snake, ram and Noah’s overlooked,
awaiting for eternity a poetic moment.

First appeared in Song Between Our Stars, Issue 1, Spring 2021

A millennium ago
the army of the lord
dressed in mail and rode
proud steeds across
barren lands, swords
flashing in a red roasting sun
washed in the blood
of the infidels.
They stopped for prayer
blessing the bodies
left along the dirt track
left by their hooves,
a common grave
for common faces
differing only in the color
of skin and hair.

In this millennium
the army of the lord
slouches outside the mall
rubbing hands against
the chill, the bell bleating
against the night,
a barren moon reflects
off the red kettle.
As they locked the doors
he pulled the flask
from his hip pocket
and thought of the bodies
passing by, swerving
to avoid him, and the
forty dollars he would get
would warm
his frozen skin.

Mark your doorpost with the blood
of the lamb for this may be the night
when God’s emissary arrives for the killing
of the first born. Will he be a night bird
half raven, half vulture or an aged man
concealing his weapon in shabby robes.

Mark your doorpost and check it
often for if your neighbor wipes
the blood away, you will be visited
and no amount of pleading will
deter him from his task. There
are no interim plagues remaining to buy
you time, if he chooses to come tonight.

Put your ear against the window
and listen for him. Will he come
on cat’s paws or the rasp of lungs
slowly drowning?. Will coins jangle
in his pocket, to pay your fare
to the ferryman?

But if you do not believe,
perhaps he will forget to come.

I can’t tell you how long
it’s been since I’ve seen
a snake around here, mostly
because my sense of time
has limits of a decade.

I read that they are plentiful
in the Everglades, hunted
as an invasive species, which
probably stands to reason
since our hatred is by now

of Biblical proportions, and we
have learned to love goats,
so, it is the snake that now
is consigned to be the source
of all our errors and failings.

And were that not enough,
you cannot trust what a snake
says for obvious reasons, but you
must ignore that the hummingbird
beloved by all, also has a forked tongue.

God is fixed in the firmament
seen as puppet master by some
patrician uncle, small child
endlessly shifting blocks
in new, transitory universes.
All things recede from a point,
have since the creation
and that point, dimensionless
is God, vast and infinite.
It swings lazily, back, forth
a needle in its cusp tracing
lines in the bed of sand
in constant motion as we
and earth, and all of our
universe spin slowly
around its focus, it swings
lazily back, forth, tracing
an ever-shifting path
marked in displaced sand
ponderous from its fine
steel tendril which rises
to a point without size,
shape, or time, frozen
a singularity from which
all else emanates. God lives, bat-like
on the ceiling of
the San Francisco Science Museum
and the Hayden Planetarium
and countless other buildings
given to science,
omnipresent yet fixed
dimensionless and infinite
always a ladder’s climb
just out of reach. 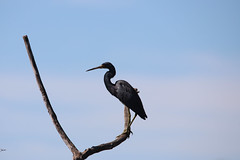 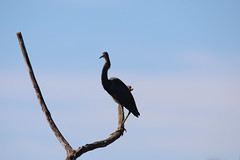 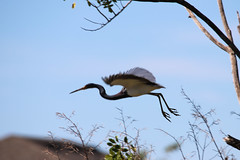