It is a precarious balance, really,
more an exercise in tottering and hearing
than in standing still.
Some prefer stasis, others,
I included, find that leads inevitably
to a loss of energy, to an entropy
from which it is difficult to escape.
I don’t walk along the edge
of the precipice, but I do. peer over,
amazed at what lies below
that I hope never to see up close.
Is a precarious balance, but
one that can be maintained
if you just close your eyes,
and sense what actually lies
around and beneath you.

If you come forward
and ask no question
the master will
give you an answer,
but if you approach
with a question,
the master will
strike you with the stick.
It is only when
your eyes are blinded
that you can take up
the master’s staff
and all is clearly seen.

Tell me what you see, he says,
and be as precise as possible.
I suppose I see exactly what you see,
we are looking at the same thing,
at the same time, so how can it be
any different for me then you?
Are you seeing through my eyes?
He smiles, for if so, I’d like you
to get out of my head immediately,
it is already too crowded in here.
You have a pondering look, you probably
want to know why I would like
you tell me what you see.
See, I have only one working eye
and in the kingdom in which we find ourselves,
that hardly makes me King.

dream of forgotten dreams
awaken having forgotten
dream and no dream merge
in the light of the lamp.

A reflection on Case 25 of the Mumonkan (Gateless Gate) Koans

The greatest teacher
is one who offers nothing
and shouts it silently
once the student has departed.

You cannot know
what the blind man sees
for you cannot see
through his eyes
and the deaf woman
may hear a symphony
in a flower.

When asked what is
your practice
do you answer: life?

A reflection on case 71 of the Iron Flute Koans

The thing he wants most
is to experience life and all it offers.
By that he means he wants to see
what is there, to smell it, to engage
it with all of his senses, for
those are what he trusts, they
provide him reality, without them
his mind could not frame the moment.
The thing she wants most
is to be in life, an integral
part of what is offered, to
be indistinguishable from life,
so that they eyes cannot see it,
the nose cannot smell it,
the mind cannot frame anything,
for she is that thing
and that moment and there is
nothing else, except perhaps him
staring, sniffing and cataloging
his own illusory world.

When you assume the mat
and gaze at the wall,
what is it you see?
If you see nothing,
what do you think?
If you are certain
that you see nothing,
that is what you think.
Do not see, do not think,
and let the cushion
fall away until the moment
you no longer exist,
but let the moment
fall away as well
and there is only
the emptiness of peace.

A reflection on case 17 of the Entangling Vines Koans

We walk forwards
to try to see
where we are going,
always wanting
but never seeing
where we have been.
Is it better to
walk backward
seeing clearly
where we will not go
without idea
of a destination.
Look down and decide.

He came, stayed a while,
and left, and it was only when
he was gone that most missed him.
Some say he will come back
but others are skeptical, and
no one really knows for certain.
Some actually say that he didn’t leave,
that he simply changed, and might
appear when no one expects him.
Several said it was a she, not a he.
No one was quite certain
of the person’s name, some said
it was Jesus, some said Buddha,
some said it was Tara, but the children
said it didn’t matter really,
that to see him, to see here,
all you needed was a mirror,
and the real name was simply Peace.

In the middle of the day
you can not see because
the sun is too bright
and may blind you.
At midnight you stumble
searching for light
for you are blind
in the darkness.
What is it you struggle
so hard to see? 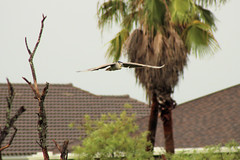 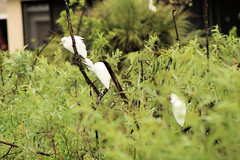 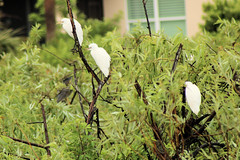