It is all to often debated
what sets humans apart
the other species, and that
will not be agreed any time soon
(which a cynic would note
is one such thing itself).

Freud would claim it is only
our ego, our sense of self,
which may explain why people
are so capable of being self-
ish, and I suspect he was
certain he was wholly correct
but I would give him only partial credit.

It is far simpler than that: record
your voice, record a Sandhill
crane and play them back
and I assure you that you
will say you sound nothing
like what the recorder heard
while the crane will nervously
look all around for his unseen kin.

When it’s time, i suppose
I’d like to go like my dog and cat,
slipping away as they were gently stroked.
It could be like that, there’s a chance
but I can’t count on it, no one can.
I never did try skydiving, too late, now
and so a failed or fouled chute won’t be my fate
and the closest I came to auto racing
was a weekend at Bondurant and my skill
limited my career to local road rallying
in college, and few die in under-powered Opels.
Maybe I’ll know my end is near, and maybe not
but it won’t be in a blaze of glory
and my ashes will sit on some mantle
because only those of the famous, like Richie Havens,
get spread from the plane over Woodstock.
But, then again, none of that
will be my problem, so screw it.

The truly sad thing is not
that billions were spent
on the voyage to our most distant planet
only to discover, on arrival
it wasn’t a planet at all,
merely a dwarf, a near planet
and yet there was no rebate for the downgrade.
Life is too often like that, you want a mulligan
and all they say is “no returns, no refunds.”
No one asked Charon what he thought
watching it all as he wandered about
knowing he will remain moon
for so long as there is someone, somewhere
assigning names, unless he grows bored,
breaks free and wanders off into being
a dwarf planet all his own, after all
it’s not like Styx would give a damn –
better to be a moon of the first order finally
and as for those billions, if you can’t
leave the solar system every now and again
there’s not much purpose
in escaping the atmosphere.

I could never understand as a child
why the moon was female,
the sun always male, and most
stars but ours had Arabic names.
Now makes much more sense to me,
the moon is never one to hog the sky
and even when she commands more
than her usual space, you only want
to stare at her in rapture,
while the sun is so vain
you can stare only briefly
and must look away, and he
is as likely to hide or flee
when he is most wanted,
as a calming, steady presence.
As for the names of all the others,
they don’t sound like ours,
and so we cast them off
as aliens to our small, smug world

In order to be considered, the request must be submitted on the proper form with duplicate originals. If you lack sufficient copies of the form, you may request additional originals by submitting a request form in duplicate originals. Copies of the former not acceptable, whether or not completed at the time of copying. Additional copies of these instructions are available upon submission of the required request form. It need only be submitted in the singular.

I made it past 27, which says I’m either an optimist or have almost no musical talent. When I made it through 54 I knew I’d never get burned buried in Paris, never be mourned as a great talent taken or taking myself too young. Now it’s five years until 72 and I know if I make it, I’ll never have the guts, sense, or stupidity to do myself in, so lets now all lift a glass to Jim and Janice, Robert and Jimmy, and hope they play Kurt and Amy when my ferryman finally arrives.

We have police for almost everything
these days, ports and airports, cities, towns
transit authorities and those whose beat
is good taste or lack of it.
Most enforce laws, some merely
regulations, a few making them up as they go.
My phone rang this morning, an 800 number,
And knowing better, I answered it.
It was a bank, one where I have never
had an account, telling me there was a problem
with my ATM card and I needed to call
immediately to reactivate the card.
Unfortunately I didn’t write down the
the call back number, and now
some poor scammer is sitting by his phone
with time on his hands, imagining
the free meals he might have had
doing federal time for wire fraud.
If only there were the telephone police,
but they have all gone to work
for the NSA, recording my callback numbers. 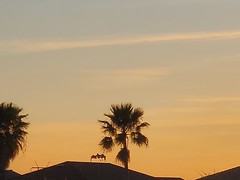 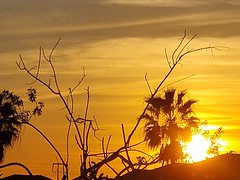 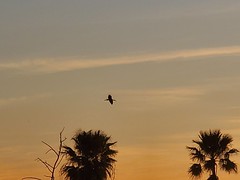