He says, “I write songs
without music, my head
Is a libretto warehouse.”
She says, “You string words
like random beads, no
two strands the same.”
He says, “Symmetry is
for those with linear minds
who can’t see out of the tunnel.”
She says, “Dysentery, verbal,
is a disease to be avoided
particularly by poets.”
He says, “I’ll sing a song
for you if I can only
find the right notes.”
She says, “Fine, but know
it is the silent space between
the notes were the music truly lives.”

The history of modern literature,
at least to those who purport to create
it, is inextricably tied up with technology.

The quill and inkwell ceded only
reluctantly to the fountain pen and ballpoint.
Foolscap was affixed to corkboard

by countless pushpins, but one wasn’t
a teal writer until one stuck in the sole
of your foot as you wandered in the dark

in search of a pen in the night while
trying vainly to cling to a thought that only
moments before had dragged you from sleep.

We have progressed far, the pen falling away
beneath the great weight of the keyboard,
paper now a wrapping for electronics

which now serve as both paper and book.
many are no longer writers at all, dictating
words which appear on the screen, the machine

at once editor and publisher and bookstore.
And we know the day is approaching when
voice and hand will cease to be tools, when

mere thought will be the poet’s task, and reading
will be a lost skill, something the ancients did
when they still had poetry and literature.

It was a short questionnaire,
and he wasn’t sure why they
had chosen him to answer, or
for that matter, who they were.

He was one to follow rules, so
he sat down to complete it,
they, whoever they were, said
it would only take fifteen minutes.

“Who is the one poet you would
want to be forced to spend
an entire day with, and why
did you select that person?

In true High School fashion
I skipped it, went on to the next:
“who is the real person you would
gladly spend a day with and why?”

As a poet myself, it was easy now,
and I filled out the answer
and wondered why I paused, then
froze: did I know any real people?

They said it was essential
for a writer to have a substantial platform,
one built high enough to be easily seen
by those passersby who might just give
a passing glance, even if it was a typo
landed them here, updated, regularly
changing with time, tide, and fashion
always ready, always accommodating.
It must be a composite, the better
to handle storms, ill winds lacking
the ennui of winter, curse of summer.
It was no small task to build,
everyone offered plans, templates,
none ever quite right, but he built it,
and when the time came, like most
writers he knew, it would suffice
where they put the noose around his neck
and hung him by his words, his
truth that they came to hate.

In dreams
I write letters
to dead heroes
beginning each Dear __________:
I apologize for the intrusion
but in your next life
will you do the same,
give up the desk
in the patent office
for dreams of brothers
twins, one moving
one fixed, stand
before a jury, no testament
to the Lower East Side.
I carefully fold each letter
and put on proper postage
but delivery across
the curtain of mortality
is slow and your
responses have not
been forthcoming
but I will
continue to write
for there are always
more with whom
to correspond.

There is one thing a poet hates
more than a page
that refuses to be filled –
it is coming across words
that profess
or are sworn
to silence.
I had a pen
I truly loved
until it announced
early one morning
it was taking
a vow
of iambic celibacy.
Poems once pregnant
with possibility
grew cloistered
and habitual.
As I turned
from Erato’s altar
she called after me,
“Your pen
is out of ink.” 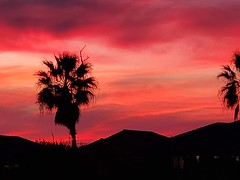 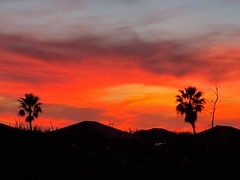 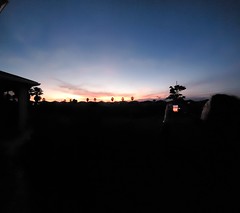