My mother used to say, about
most anything, “Stop, you’ve had your fill.”
It was something she did by rote,
dictated I was certain then, by
some timer buried deep within her
that brought forth the phrase
like the beep of an oven timer
to indicate whenever she was baking
was certain to be just slightly underdone.
I didn’t listen to her, of course,
just paid the lip service of which
children are the acknowledge masters.
I still hear her voice echoing the phase
as i walk through the park each morning
stopping to gaze at whatever new
has come into bloom, the patterns
of the clouds over the hills to the south,
the conversation of the birds
who only think i don’t understand, but i
never get my fill of the beauty before me.

She wants to know why the oriole
we sometimes see in the park
never visits our backyard feeder.
I remind her that she isn’t usually here,
only visits occasionally, but she says
that I would have told her if I saw one.
She says I got excited when I saw the one
in the park during our walk. She is
right, of course, I would have told her
but all I see at the feeders are finches
of several sorts, doves and wrens, and
when he wants particularly to be seen
as he often does, one cardinal
who is far less interested in the seed
than in having a perch in plain sight, and
when he knows were watching, upthrusts
his fiery crest and spreads his wings.
I tell her cardinals are such show offs.
She is seven, laughs and says yes they are,
just like grandfathers, don’t you think.

In the park
the ginkgoes, male
and female, separated
by the path, are putting
on their leaves.
Soon the squirrels,
eternal voyeurs,
will gather
on their branches
to watch them mating.

The crows
are disconcerted this morning.
It could be
that the sun startled them
or that they
were simply
present to
protest the cold
for clearly they
despise it
as much as
we do.

He is never certain what to do on days
like this one, when the winter takes
a particularly nasty turn, the temperature
hovers at utter emptiness, and the wind
elects to try to enfold everything it can reach
in a coat of frost, that bleaches life away.
He walks each day, through the nearby park
if the weather is the least bit cooperative,
through the neighborhood when not, where
at least he can take a small shelter from the wind
in the shadow of houses closed up tightly,
life walled away within, smarter, he imagines
than he is, his fingers ill-gloved, slowly losing
all feeling, but this is his practice, something
he does because it requires doing, heeding
an edict from an unspoken voice. And later
emerging from a hot shower, feeling limbs
restored, he glances at the weather in hopes
the next day will be kinder, and slow in coming.

As a child I often
flew kites, which is to say
that I ran haphazardly
pulling a string and
dragging a wood frames
paper rhombus across the park.
My father laughed until
seeing me on the edge
of tears he took up the string
and dragged the kite
across the park.
One day a strong wind
blew across the park
and the kite lifted into the sky
trailing its string
to taunt me. 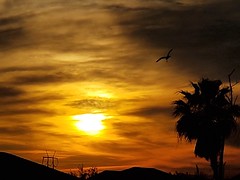 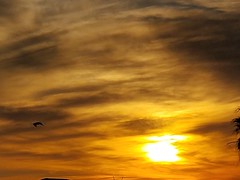 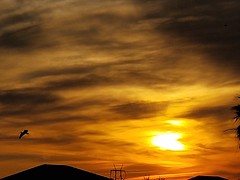