Cain slew Abel
in a moment of anger,
a crime of passion
would be his defense today.
We can only imagine
what Isaac might have done
to Ishmael, had Hagar
not been sent off by Abraham,
after all he was a child
who saw the knife first hand
and helped sacrifice
the thicketed ram.
Joseph tasted the pit
at his brothers’ hands
mourned by his father
only to emerge and forgive.
It is little wonder
we Semites can’t get along,
Jew and Jew, Israeli
and Palestinian, we’ve
been rehearsing this act
for millennia.

A Palestinian woman tells her son she loves him as he leaves their home
in much the same words as does the Israeli woman to her son. The Palestinian
woman would never consider these words as having anything to do with a young
Israeli. The Israeli mother would be horrified to think of speaking the words
to a Palestinian. They use these words only for their own sons, and only
to hide and calm their own fears. The Palestinian woman fears her son
could be harmed, killed perhaps, by a young Israeli. The Israeli mother fears
her son could be another victim in the Intefada. The young Israeli kisses
his mother and picks up his helmet and Uzi. The young Palestinian heads off
to the bakery where he works, always looking nervously at the border fence.
This Israeli and this Palestinian will never meet. Their mothers will never meet.
Only the words of parents will ever unite them. 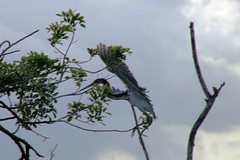 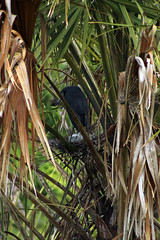 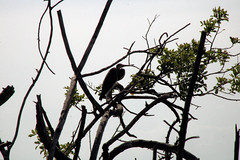