There is a language
spoken within a family
that no one outside speaks.
It may sound familiar
but listen carefully
and learn otherwise.
It is so with my brother
even though there are
thick walls between us
and yet, in a few words
intentions are obvious.
He keeps me far
from a place
I’d just as soon not go
and in her panic
my mother hears only
our words and not
their hidden meaning.
It is when we fall silent
the conversation begins.

My mother always told me to say
my prayers before bed, which was odd
given that she never prayed, and didn’t
as far as we could tell, believe in a deity.

I knew, as my Rabbi taught, that you do not
seek something for yourself in prayer,
and world peace and harmony did not
seem on the horizon despite my entreaties.

Now I kneel, and face the wall before bed,
and listen to the prayers of the birds
in the wetlands, although it is not clear
if it is a deity or the moon to which they pray.

My mother is long buried now, I will join
her eventually, and there is still no peace
in the world, merely violence and poverty,
but the birds have greater faith than I ever did.

By the way, the headstone is lovely,
designed by your niece, it pays tribute
to you as aunt, as sister, as friend.

I do wish it had said mother as well
but I know I’m the one secret you thought
would fit into a corner of the pine box,
buried with you, to be, like you, reclaimed
by the rocky soil of West Virginia.

Little could you have imagined that
a few cc’s of saliva could expose
what you so carefully hid, and you
were helpless to avoid it regardless.

My adoptive father, the second one,
slipped away slowly, dying before death,
under the living eyes of aides and nurses.

You just lived your life your way,
answered to yourself and perhaps God,
and decided it was time to go, needed
no permission, made no farewells,
and in that regard, I am one of the family.

Ice, he said, is clearly an invention
of Satan, the ice cube a scaled down
version of that corner of hell of which
no one ever speaks, so little known.

And stop and think, we got by well
for eons without a cube of ice, unless
with blade we chipped it from
a nearby glacier or left water out
in the dead of winter, which never
worked all that well in much of the world.

Whiskey, that was one of our best
innovations, one of which we are
rightfully proud, one which we
have practiced for untold generations.
We’ve been sipping it and drinking it
from the word go, and each culture
has come up with its own version,
and it is only recently that the devil
gave us the means of denigrating
one of God’s greatest gifts to us.

God, mother told us, prefers things
neat, as they were intended, so clearly
ice is the Devil’s work. Turn away!

I’ve always imagined that one of these nights
I’d see my mother’s ghost. I would welcome the sight
welcome she that bore me, not she that stepped in
in a way,absolving my birth mother of her sin,
while assuming adopting me would make her complete.

She hasn’t visited yet, neither has done so,
but I hold out hope, it is after all the last to go,
and I do hear her voice, faint and all too distant,
sounding very much like my own one instant
and then no more than a faint whisper in retreat.

I don’t need a long conversation, a few words would
more than suffice, but some at least, a child should
in advancing age hear the sound of a mother’s voice,
if only to find solace in the fact that her choice
to yield the child was made from love not defeat.

I approach it slowly, overcome
by fear and desire, warned to step
carefully over the uneven earth
that on this hillside haven set behind
the rusting wrought iron fence , its
master lock dangling askew, peers
out through the trees to the Kanawha river
flowing unknowingly through the valley.

The stone is set in line with the others,
neatly incised, a name, English
and Hebrew, two petunias, cornered,
in perpetual bloom, a beloved sister
and aunt, and unstated, unknown perhaps,
a mother whose son, gently touching
the stone, washes her with my tears,
and we speak of love in silence, and I,
a child of sixty-seven, embrace
my mother for the first time, and I
am finally and for the first time, complete 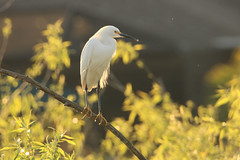 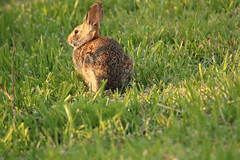 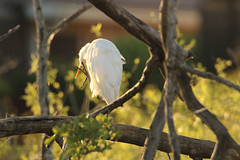