When you visit a teacher
inquire what he needs
and freely offer him a meal,
but ask nothing in return,
if you pester him
he will greet you
with a blow of the stick.

Come to him silently
with an open heart
and with empty hands
and the Dharma
will be transmitted.

A reflection on case 54 of the Iron Flute Koans

Out here, he warned,
you should always be on the lookout
for snakes by day, not that they
will go out of their way to attack you,
but stray into their territory
and the Western Diamondback
will give you a quick lesson in awareness.
They hide among the scrub sage
and in the arroyos, but you still
walk for this kind of beauty
demands your attention regardless.
And at night, he added,
don’t stray too far for the coyotes
wander freely looking for rabbits
and small game, and though you
would be too large a meal,
you’d still be worth a taste.
You are in their home, after all.

We remember the oddest moments of life,
the tragedies, the occasional comedy,
but mostly the unusual moments that etch themselves
into memory in ways you would not have expected.
Driving along the mostly deserted road,
a moonless night, or nearly so, the Mesa
cold and forbidding, not at all reminiscent of the birth
to be celebrated by the world
the next day, as it had for millennia.
The movie was dark and heavy,
the meal somewhat the same,
dominating the conversation… THUD —
a sudden shift left into the oncoming lane,
no one, thankfully, oncoming, the door caved in,
passengers’ bones checked, none broken, all badly shaken.
In the beam of the flashlight, is an elk, sitting
off the road, still much alive but shaken, and
in the first light of morning, moved further
into the scrub, and by afternoon, off into the foothills.

As the last
of the wine glasses
is put back on the shelf
the Brut recorked
and the dishes set
in the tray to dry
we take a slow walk
after the meal
hoping the arrabiatta sauce
will be less angry,
the pasta less weighty,
when we arrive
back home to the sofa
and the purring cat
distracting us from
the beckoning of the bed.

The manatees hide just below
the surface sticking up their heads
every few minutes, for a breath
or to thrill the tourists who watch
intently, because it is a thing to do
in this part of Florida in winter.

The restaurants in the harbor
don’t mind, it draws a crowd and takes
pressure off the kitchen, for people
waiting for sea mammals do not
grow impatient like those waiting
for just burgers or an order
of fried clams with a side of fries.

The manatees will never understand
humans, why they queue up in the sun
to eat animals, when the sea
provides a free feast for herbivores
if you are only willing to immerse
yourself in the search for a meal.

It is stall after stall
of tomates de Provence, choux
wishing to be kale, peches, small
and barely containing their juice.
Courgettes beckon, pommes de terre
call out their aerieal cousins, haricots
quietly suggest a citron aussi.
Walking along the boulevard
a tourist obviously,
without bags or cart,
I get polite nods that say
me ignoring you isn’t personal
it’s merely financial, pardonnez-moi.
Tonight in my dreams, I will
with flash of Wusthoff, be in my kitchen
pulling my morning’s purchases from my bag,
the meal coming together before me,
to the amazement of my wife and friends.
“It’s nothing,” I will say, “juste le matin
dans la marché de Nice,
pour vous, simplement.

A solitary lentil
wrapped in its sauce mantle,
having escaped the fork
for the duration of the meal,
stares up at me, perhaps defiantly
my wife suspects it is merely
bored at having been moved around so.
I stare back at it in what I hope
is my most threatening look
as the waiter hovers by the bar
watching us both, waiting
for my fork to come to rest on the plate,
the universal sign his tip
is then immediately impending.
our stares go on several minutes
(until my wife finishes her meal)
and I shrug, say to the lentil
“I’m in a compassionate mood, I
let you live!” And place my fork down.
The waiter swoops in and carries
both plate and pardoned legume
to the dishwasher in the kitchen.

At meals they sit
elbow to elbow
in silence,
on the mat
shoulder to shoulder
staring into the wall.
You know that most
are searching
deep in the silence
and they grow sad, finding,
the question is always
just beyond grasp.
She stays behind,
sits alone on her mat
calm in the interbeing. 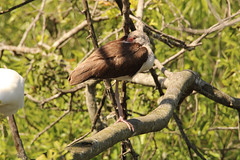 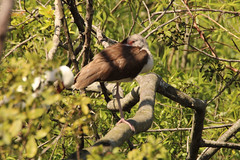 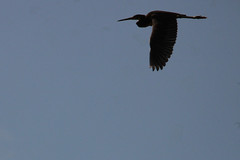