They stand impatiently in line
chattering, giggling, tittering
like so many schoolgirls with secrets
they promised to keep to their deaths
and have to immediately tell a friend.
“Did you hear about Letitia?” one says,
and goes on to say she shared her journal
with several other girls in the eighth grade.
It goes on like this incessantly
as the barista, working alone as always,
gathers their order, places it in trays
so they can carry it back to school.
We wait patiently, trying to decide
What grade Shirley might be in,
whether shall be suspended again
for mouthing off to the hall monitor,
and how impatient the other teachers
in the lounge must be getting
waiting for their counterparts
to bring back the morning coffee.

If this were Buenos Aires, if I were Borges, it would all make a great deal of sense.  A man, older, and older still if you look closely, walks into an elegant hotel bar.  A jazz quintet is playing, straight up, trumpet, piano, guitar, stand up bass, drum kit.  The older man is wearing white tennis shorts from a prior century.  They are baggy legged and would be too short for a much younger man.  He wears a dark afro wig.  He makes no pretense that it is his hair, or that it is even real hair.  He stands in a corner with his wife, intently watching the musicians.  Others in the lounge and bar steal sidelong glances at him.  He wears white athletic socks, white tennis shoes.  He has on an oversized light blue sweatshirt. It is all quite logical.  I am not Borges, this is not Buenos Aires.  It is October, autumn has announced itself and taken hold.  It is Rochester and winter lies in waiting.  You can occasionally feel its bated icy breath.  The older man does not drink.  The band’s set ends.  The older man and his wife walk out of the hotel into a lake chilled night. 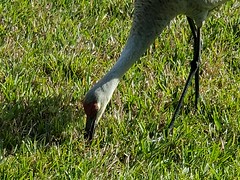 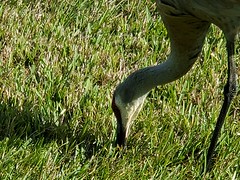 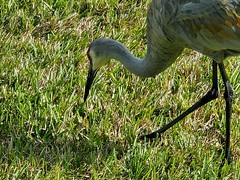