As a child, a Jewish child no less,
December was always a bit difficult.
We had Channukah, which no Jew
would dare claim grew solely to compete
with Christmas, although we all knew
that was precisely what had happened.

The problem was Christmas, but had
nothing to do with Jesus, or the church
or even its historical teachings about
the supposed role we Jews played
in that story, a role for which we
had been paying for two millennia.

The problem was far more basic,
and all you needed to do was drive
down virtually any street in any city
and it would be at once apparent.
Christmas-celebrating homes were decked
out in all colors of lights, while
Jewish homes, those few who competed,
were left with a palate of white
and blue, or up to nine candles,
and that was a guaranteed for sure
last place finish in the December game.

Over the next few weeks I shall
step into more churches than is safe
for a formerly Jewish Buddhist, but
in Europe it seems no tour is complete
without one or more churches, at least
one of which will be the most
beautiful cathedral in all of [choose
any country you wish and inserted here.]
I will take off my hat, for that is easier
than the opprobrium of the faithful,
I will stare at the beauty of the stained-glass,
try, in some cases, to ignore its message,
and hope, beyond all logic, that this group
will stop at a synagogue were all
of the men and women, save me
will have to put on kippot or head scarves
and most will vow it will be their last visit
do such a heathen place, at least until
they get to Antwerp or Amsterdam.

The first Jew on Mars

sifts the red sands through gloved fingers
and kicks the small stone,
glares up at the heavens
the cold sun returning his stare
and waits patiently
for the rain of manna.

looks vacantly across the landscape
and curses under his breath
at the absence of a good
lean pastrami and a half sour,
or even Chinese take out.

pauses to wonder why God
left so much unfinished,
an endless desert to be wandered
for countless lifetimes,
no further tablets forthcoming —
perhaps He was tired, needed rest —
each day is Sabbath.

struggles to remember
the smoke rising from the chimneys,
the souls of a generation
whispering “do not forget us.”

shouts the Shema
to the void, imagining
it is falling on deaf ears.

First appeared in The Right to Depart, Plainview Press, (2008).

A Palestinian woman tells her son she loves him as he leaves their home
in much the same words as does the Israeli woman to her son. The Palestinian
woman would never consider these words as having anything to do with a young
Israeli. The Israeli mother would be horrified to think of speaking the words
to a Palestinian. They use these words only for their own sons, and only
to hide and calm their own fears. The Palestinian woman fears her son
could be harmed, killed perhaps, by a young Israeli. The Israeli mother fears
her son could be another victim in the Intefada. The young Israeli kisses
his mother and picks up his helmet and Uzi. The young Palestinian heads off
to the bakery where he works, always looking nervously at the border fence.
This Israeli and this Palestinian will never meet. Their mothers will never meet.
Only the words of parents will ever unite them.

I mean God is omnipotent and omniscient,
so why create it if God had even
the slightest doubt that it was good,
and is God even capable of doubt.
But that isn’t really the point,
for now I sit knowing that I could,
one day, sooner or later, lose my vision,
that a darkness would descend upon me
and I don’t know for sure what God
would think of it, but I would
not find it the least bit good.
A rabbi might say that I should
not blame God, that God giveth
and taketh away, but I have a long
list of things I would gladly
have God take away without a whimper
from me, but light and sight
are nowhere on that list though faith
may end up somewhere in the middles.
We’ll just see how things go.

His is six and deeply confused,
and asks questions to end that state.
He wants to know if Adam and Eve
had two sons, and one killed the other,
where did all of the people come from?
Ask your father seems and easy answer,
but one he cannot accept, too easy
for a mind that needs timely response.
I stumble around, try to deflect,
and finally admit I don’t know but
that some stories cannot be taken literally.
He knows what that word means, and it
is a sufficient explanation for now.
In a week we’ll have the conversation
once again, this time not Adam, not Eve,
but Shem, Ham and Japheth, and how
the three sons of Noah repopulated
the entire planet, and I will once again
admit to my sad lack of knowledge,
and silently curse the Religious School
for creating the abyss into which
my grandson is all to pleased to lead me. 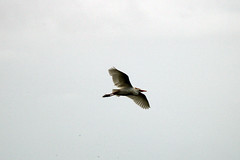 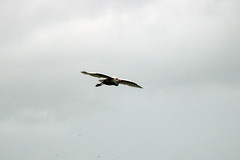 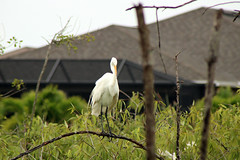