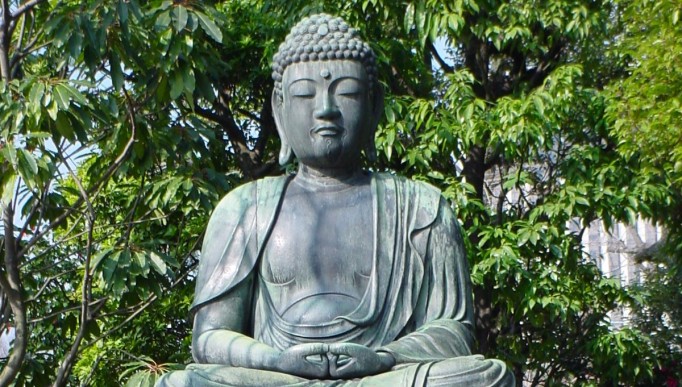 It never rained
when I visited Senso-ji
and Todai-ji Temples.
I attributed this to good
fortune, the Buddha
clearing the skies
for my visit.
The young monk
said the Buddha
cares nothing
for weather, so
I should thank
the Japan Meteorological
Agency although they
never seem to give
him the weather
he truly wants. 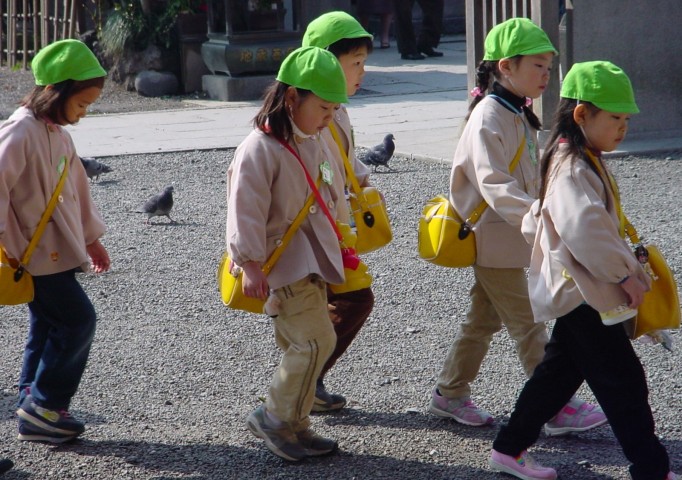 Sitting in stillness, the silence
is at first shocking, deafening
in a way unimagined but there.
Within the lack of sound lies
a thousand sounds you
never heard in the din of life.
You hear the young monk at Senso-ji
approach the great bell and pull
back on the log shu-moku, straining.
You hear the laugh of school aged
children hand in hand walking through
the Temple grounds as pigeons gather.
You hear the cat, sitting at the foot
of Daibutsudan, staring out
and the deer waiting at the gate.
You hear your breath and that
of a million others as they sit
on their cushions sharing what is.

Publshed in As Above, So Below, Issue 9, August 2022
https://issuu.com/bethanyrivers77/docs/as_above_so_below_issue_9 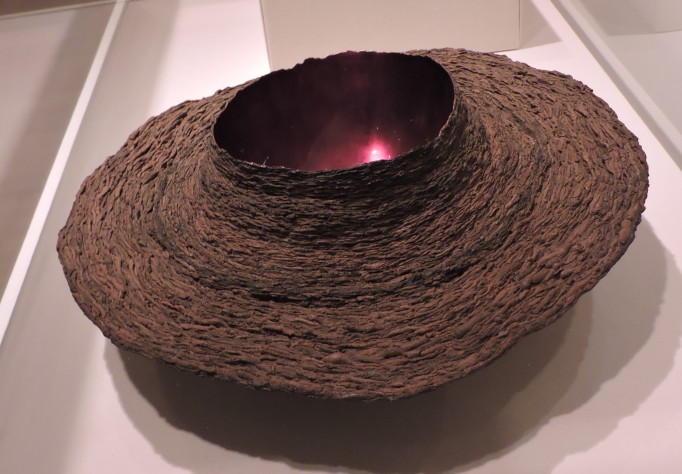 They say a picture is worth a thousand words. Perhaps so, but many pictures don’t travel in verbose company, and there are pictures worth far, far less, although some will search until the magic thousand are found. In Japan a story can be told in seventeen syllables, a picture painted with a single brushstroke. In the zendo the whole of dharma can be heard in the silence if you stop and listen. 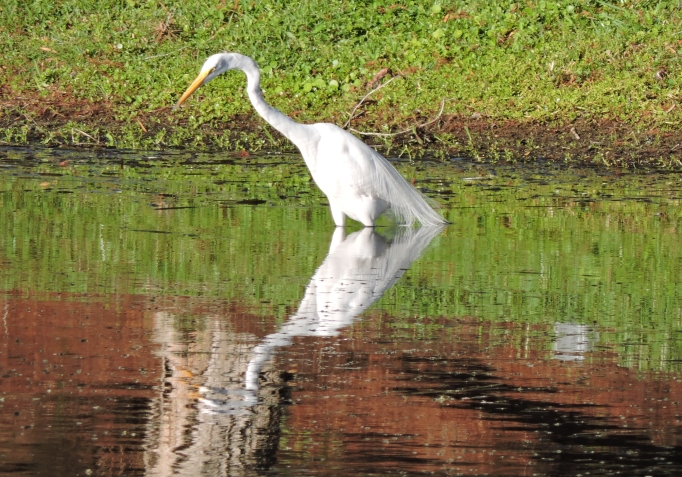 The morning was indistinguishable from so many others. Lorenz was taking his morning walk around the pond or lake, it was of that intermediate size that could be either or neither, when in a break with his habit, he sat down on one of the four benches, and stared out over the water. He hadn’t seen the usual egrets or herons or ibis, which did strike him as a bit odd since they were as regular in attendance as he was. As he pondered their absence he was startled by what felt like a tickling on his arm. He looked down to find a Painted Lady butterfly perched on his forearm sitting placidly. He stared at what seemed to be the eyes on its wing staring at him. Neither moved, he for fear of dislodging his visitor, the butterfly for its own, undisclosed, unfathomable reasons. This mutual staring continued until time lost its shape, its defintion, and puddled at his feet, no longer mattering at all. But evenutally a breeze came up and it lifted from his arm, flitted about as if in some farewell and was off. He had no idea that moments later the tsunami warning sirens began up and down Fukushima Prefecture in Japan. 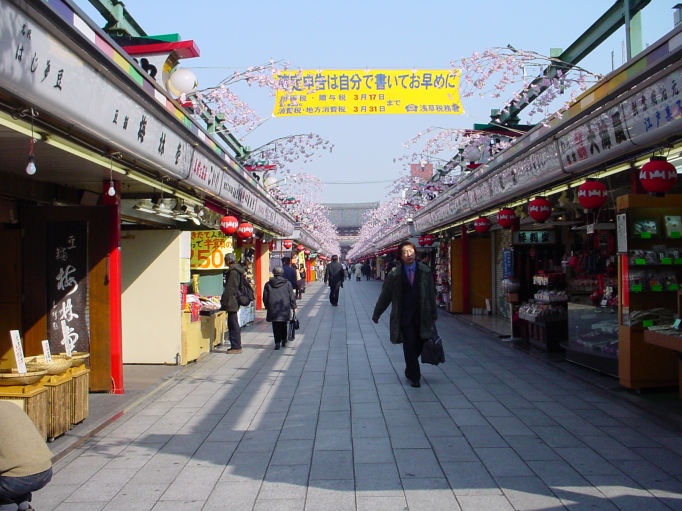 Some day I need to return
to Tokyo and walk its streets
listening for the soundtrack
that Haruki Murakami requires
of the city, bebop jazz
in Shinjuku, classical when
wandering Asakusa and Senso-ji,
and rock on the streets of Shibuya.

I have often been there, but
my soundtrack was that
of horns and the clatter
of a pachinko parlor, or
the pitched giggles of young
girls walking hand in hand
down Omotesando, dreaming
of what they could buy
in the shops of Aoyama.

They crowd the stalls, searching
amid what the Japanese would have to call
tchotchkes if they were Jewish.

Few bother to see the great Buddha
peereing out of the Buddha hall
questioning their judgment.

They could buy their fortunes
for a mere hundred yen coin, but they
believe it better spent here,

through waves of humanity who
have no need of jizo, those are for
the cats and children who parade

through the gate, hand in hand,
and stare up at the statues of Kannon
still teaching and offering compassion.

Snow always seemed so right
capping the summit of Fujiyama,
not dulled by the windows
of the Shinkansen to Osaka.

You barely noticed the rice fields
fanning out from its base
wanted to reach out and touch it
for that is what you do with icons.

Mount Hood had the same effect
but the chill along the Willamette
urged you to retreat quickly back
to the wine bar for a Cabernet. 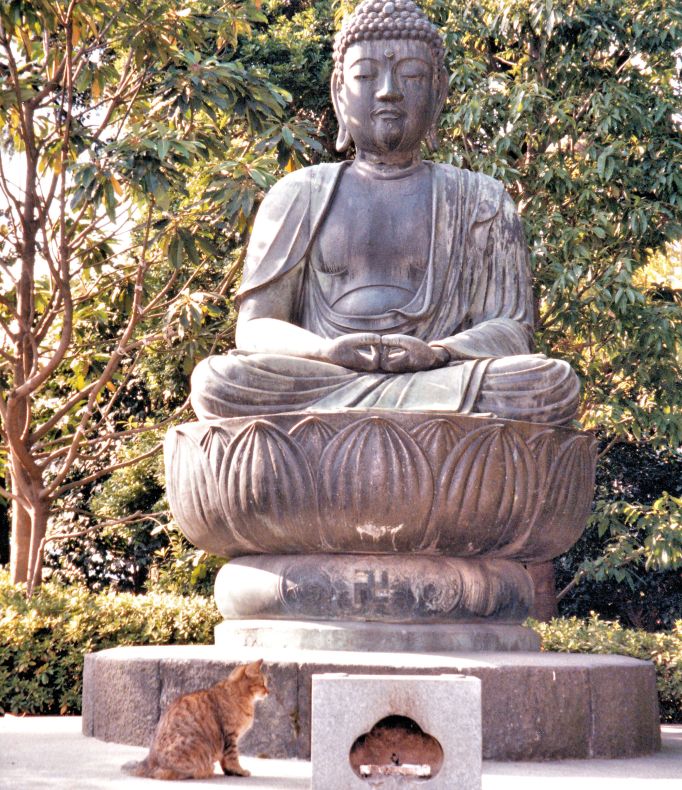 there is no city
inside the large gate, only
Buddha and pigeons 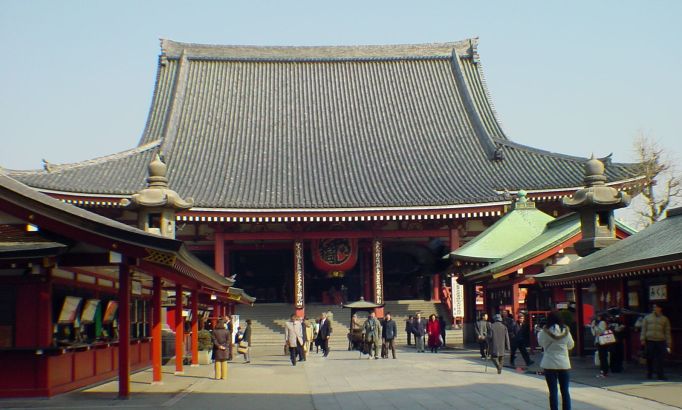 Tonight, if all goes well, I will be
a monk in a good-sized Buddhist temple.
I am hoping it will be in Nara,
at Todai-ji perhaps, or Asakusa
at Senso-ji, or better still somewhere
in Kyoto, although it might well be
in the Myanmar jungle or somewhere
deep within the Laotian highlands.

One problem with that world is
that I have no control over it, which,
come to think of it, leaves it
like the waking world which
has never hewn to my direction.

I’ve had this desire for weeks
on end, and I suspect tonight
will be no different, and I will spend
eight hours sorting files, writing
cease and desist letters and trying
to convince myself that even that
is a form of mindful meditation
and abiding kensho will arrive
in the next rapid eye movement.