They are arranged like so much
ill-stacked cordwood, pressed against
walls that are indifferent to their presence.
They watch the double doors leading
to the examining rooms with trepidation,
wanting to be next, wanting more
not to be here at all, knowing that
the options are none or fewer.
He isn’t bothered by it all, this is
old hat to him, he knows them
and several of them know him by name.
He will no doubt be here again
and that does not worry him, for here
he knows he will walk in and walk out,
and too many of the alternatives are
far less pleasant, some he is certain
involve simple pine boxes or ceramic urns
suitable for a mantle, but none
of his family have fireplaces, and he
would hate to get lost for eternity amid
the toys and tchotchkes that so
utterly define their lives and homes.
While others continue to stare
at the doors, he hears his long
dead grandmother whispering to him,
“remember, pain is God’s gentle way
of reminding you you’re still alive.

The moon hid from me last night
in a cloudless sky, and only a week from full,
so we both knew it was there, peeking
for a brief moment from behind
the old oak in the neighbors yard.
It wasn’t the first time the moon
had done this, it will not be the last
either, I am certain, but I do remember
the time in 1970, the heat of San Antonio
in mid-summer more oppressive than usual
and only the old barracks
for the moon to use as hiding place.
Yet it hid, and that night I didn’t mind
Lying in the base hospital, where the nurses
ignored me for the seriously wounded, as they should
reading the orders issued that day transferring me
to the Reserves as my fellow air policemen
in my training squadron were calling home,
most in shock, to announce that their plan
to avoid Vietnam by enlisting would soon
be scattered on the tarmac of Da Nang Air Base.

My sister only wanted a horse
an my parents thought they could solve
that dilemma with a pony at her fifth birthday party
where she would get all the extra rides,
her friends and playmates be damned.
Like most great parental plans,
this one was doomed to failure,
and failure marched front and center
as they learned from the pony was loaded
back into the trailer and my sister
tried to tie herself to the trailer
with ribbon from her gift wrap.
She was never good with knots,
even when she died at 52, the cancer
having ravaged her one organ at a time,
but even in her waning days, she
whine to our mother that all she ever wanted
was a horse, then winked at me, staring
around her hospital room, since we both knew
there was a pony in there somewhere.

Tomorrow, he is certain,
it will be sunny and surprisingly warm
or it will rain, with a cool breeze
or it will be temperate
but rather cloudy.
It may be none of these
or all, by turns.
He would ask the weatherman
but he knows none and this
would be such a personal question
you need an intimacy
that he has rarely felt.
The weather doesn’t really matter
to him anyway, for tomorrow
he is certain, his room
will be unchanged, only
the nurses will be different.

The Buddha died peacefully in his sleep last night
in the Emergency Room of Cook County Hospital,
his passing was noted by a surgical resident
passing by the partially drawn curtain
en route to the Doctor’s Lounge after two hours
of meatball surgery on a young man
with multiple gunshot wounds
who bled out anyway despite efforts to save him.
The nurse thought it odd that the old man
was draped in a saffron gown, not the usual green
put on patients who linger past initial triage,
but she tossed it in the hamper with the others
and gathered his few belongings into the plastic bag
which would accompany his body to the morgue.
The orderly found nothing odd in the man
on the gurney wrapped in a fresh, almost white sheet
except that he was remarkably heavy and yet
the gurney flowed across the tile floor as though
it held merely feathers cast off by a bird startled into flight.
The morgue attendant paused for a moment
logging in the new body, looking carefully
at a face, clearly Hispanic, and copying
the name from the wrist tag, Gautama, but then
he shrugged and thought perhaps he was Mexican
for his name was one he never heard in his Puerto Rico.

I met the Buddha this morning
on the corner of Michigan and Ontario
standing against the corner of Saks Fifth Avenue.
He was dressed in an ill-fitting ochre shirt
which seemed somehow lighter against his ebony skin,
in the guise of a blind man, white cane against his hip.
He leaned forward as I approached, proffered the paper
advocating justice, peace and harmony, and said
“you are near to the path”, although his lips never moved.
Most passers-by arched around him, as though he might
step forward and compel them to take his flyer,
many diverting their eyes lest they look into his and find
whatever it was that they feared at the moment.
A few looked for a cup or hat into which to pitch
the coins they had plucked from their pockets, purses,
but there was none to be found and they walked on, puzzled.
I stopped for a moment, dipped my head
and said “thank you master”.
He bowed slowly from the waist, back stiff
and smiled. 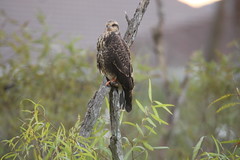 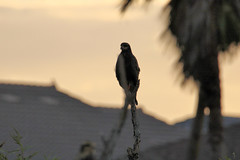 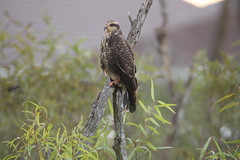