It was easier then, so let’s
go there, the spring of 1970,
the location is less important,
so long as it’s a coffee house
where those barely old enough
to drink, or barely short of that
age congregate, waiting for
something to happen or, I
seriously hoped, someone,
someone with little hair, but
who carried James Joyce in
his jeans pocket, Portrait of
the Artist the only Joyce to fit.

I had thought of Ginsberg or
Corso, a better fit, but too
intelligentsia for this audience,
and literature was not my purpose,
although I hoped they did
not know that, or if so, would
not hold it against me, at least
until after a first date and sight
of me in my Air Force uniform.

I did succeed that spring, so
my efforts did bear fruit, but
50 years, and a failed marriage later,
let’s instead go back twenty
years, to an Indian restaurant
where being a poet fit neatly
into the hip pocket of my jeans.

Walking down the helical
road, untwisting as you go
you discover places
you never imaginged
visiting, nothing
like the path you
thought you knew well.

Stop and claim
your new heritage,
find yourself
on an alien map,
bury yourself in books
of new and ancient history.

Pause here and consider
a King of Scotland,
knights and lords,
in the far distance
know that you claim
a link to a man
so honored that he
died by hanging, but
was then beheaded
and drawn and quartered.

Too late to unswab
your cheek, so simply
enjoy your ride.

It was easier
having no history
of my own, borrowed
histories are easily discarded.

After a while, you
begin to think of the adopted
history as your own,
and no one doubts you.

I have a history now
countries woven into
my DNA, always present
but never before seen.

It is mine, I passed it
along to my sons, and
although it grows weaker
it is a burden they cannot avoid

and one day, perhaps,
they will stop and consider
from where they came, and not
have to invent the answer.

The Rabbi smiled
and said
God writes history
only in
the future perfect tense.

She walks slowly, the streets
she once knew well, so much changed
by time and memory released into the fog.
It is hard going back when back
is no longer there, where the store you owned,
a place where you spent countless hours
is now a sandwich shop, and
so many others gone altogether
for modern brick, concrete and glass.
Still there is a T-shirt which she
will wear as a badge of what was,
a play she will never forget, as I
remember the park in Salt Lake City
were mescaline and blotter acid
made the maples float above the ground
and we sat in the summer rain
and imagined golden butterflies
but that too is gone as are all
of the coconuts that once filled this grove.

Between now and eventually lies all of history. We are unable to see it
though it lies in our field of vision. That’s the problem, we only know
how to look backward. We are barely able to see where we are. It isn’t
that we don’t want to be here, merely that here is difficult to see, for
we have a tendency to block our vision. Imagine a map with an X or other
marker saying “You are Here.” Yet seeing that we know we are not there for
in that instant we will look down and see where we truly are. But the better
statement to the “you are here” sign is not to call it wrong, but rather
to simply ask it, how did you know. It will answer, your visit was history
lying between my now and my eventually.

The real question,
the true heart of the matter,
is whether this is the first
day of a new year,
as she believes, or merely
the day after the last day
of the year,
as he would have it.
They have this discussion
once each year,
and they never resolve it
for eventually they grow tired,
and the day is gone
before they do.
They promise to conclude
the next time around,
but by then they will
have forgotten most
of their history
and will grasp
the novelty
of the old argument anew.

What they simply cannot understand
is what his take as a vinyl disc
is a moment in a life, a memory encased,
over which a dancing stylus bleeds dreams
and a history of time is written
on the back of its sleeve.
They cannot grasp that music
doesn’t fit neatly in your pocket,
that your neck can grow tired
from the weight of the headphones
bringing voices and instruments to life.
They want all of life portable,
we only want to sit, to be anchored
and watch the disc and our lives
spin slowly around, in a musical kinhin.

When it all ends,
just what will you
being doing
the moment before.
Of course you cannot
know, for you have
no idea just when
it will end. And
if it ends as a result
of your actions,
then you won’t know
that it is your action
that is ending it,
so that is no winner
in this game.
And before you
get lost in thought,
ponder this simple
concept deeply first.
Since I haven’t told you
what it is, you
can’t know even
when it ends.
And by the way
it just did. 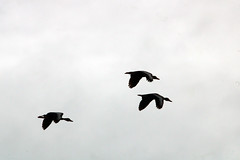 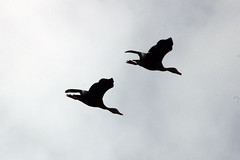 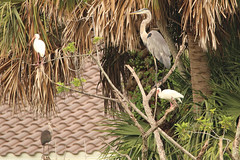