On the map
are neatly etched lines
drawn by a fine stylus
in a skilled hand
separating blue from yellow.
This soil is cinnamon
there tending to mahogany
no line, only a post
here, one there
and a gun emplacement
to deter those
who cannot see
a line writ on water.
In the wind the dust
dances across and back
dodging the post
or caressing it
it tastes the rain
which falls
both here and there.
High above
the buzzard
watches the lizard
scurry through
the shadow of the sign
seeing neither
blue nor yellow.
Halt, you cry
are you
of this land
or that?
I am of neither
I am the ocher
of the land
from which I rose
into which I will recede
I am the mote
of dust
that lodges
in the corner
of your eye
and in the corner
of his
until neither
can see
the line
that is not.

He knew he should not have brought the gun. He hated guns,
they served no purpose in his world of words. He wanted to
look at it, to stare at it, really. He thought that if he did so
he might be better able to write about the senselessness
of the world in which he lived, a world he so very much wanted to
change. He had the gun. He knew what he had to do. He
shot a hole in the forehead of the picture of Anton Chekhov
that hung on the wall over his desk. 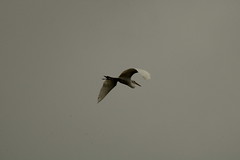 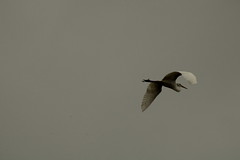 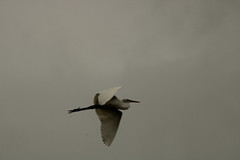