Nature has a way of applying
a perfect logic that eludes
its most complex creatures,
we claiming to be first among them.

Nature grants the housefly
a quite short life, but allows it
to see a thousand images at once,
a lifetime of vision in mere days.

The tortoise is consigned to crawl
along at a laggard’s pace, outrun
by other animals, who will be in
their graves in a tortoise’s middle age.

Birds must muck in the soil
for sustenance, or hunt small
creatures aground, but they have
the ample sky for a home.

Humans, well we have no such
luck, blind to all around us, rushing
always headlong into death, and only
dreaming of being free from earth’s grip.

He had always imagined covering
his body in feathers.
He knew it wouldn’t make him able
to take flight, but it would, he was certain
grant him a certain lightness
that gravity and daily life denied him.
And he knew that once covered
in his dreams he could soar
free of the restrictions that
his conscious mind imposed on him,
restrictions, he knew, that were
the only reason he wasn’t
even at that moment
peering down at the world
while moving across
the sunlit sky of an autumn afternoon.

The hardest prison to escape
is the one whose walls are built
by the mind with fear and trepidation.
It is like the open gate you dare
not enter, fearing that you are leaving
and will not be allowed to return.
Atop a pole there are
an infinite number of directions to go
and only one is straight down,
but you dread selecting any, for gravity
is a fear as great his death
yet you know you can feel neither.
The prison of the mind is impregnable
for there, fear and pain live in concert
and you are a small boat
on an angry sea, staring
always at the roiling waves.

The perigee moon
hangs heavily over the city
clinging to the horizon
as though it wishes to flee
deep into the night
turning away the attention
in inevitably draws.
We are pulled toward it
by some deeply felt force
that we know we dare not
question, for we must
honor the moon’s secrets
as we hope she will honor ours.

She imagined what it must be like to have wings. She always wanted to be unmoored from the ground, to be free of its incessant pull, to look down on it from high above, and not with aid of contraption, just her, arms outstretched. The ground was a prison. She could move about, yes, but never really free, that sixth direction always denied to her. The sea was as close as she could come to true freedom, the sandy bottom dropping away, but the water was an imperfect atmosphere. She finally found the courage and stepped free of the cliff, felt the wind beneath her, the earth below falling away and coming up under her. She flew on until the alarm clock ended her flight.

The temperature falls, slowly at first
but gaining speed, as though
in the grip of winter’s gravity.
Winter has the potential to be
a black hole season into which
we enter and imagine we
will never reemerge into spring.
The wind whispers stories to us
of a time when this was all ice
when no one complained of a chill
for there was no one.
We turn up our collars to remind
the wind that we will remain here,
for nature has given us
an equal dose of stubbornness.

The hawk sits in one of the highest
branches of the tree, his red shoulders
blazing in the morning sun, both
staring down on those of us trapped
by gravity, by the weight of our thoughts,
as we pass by slowly below.
From time to time the hawk
will offer a short commentary, never
ceasing her stare, an amiable Goddess
who finds mere mortals pleasant
entertainment, but soon she
is more interested in a meal,
and as we depart, the squirrel
watching from the foot
of a nearby palm realizes
it is time to quickly practice
frolicking among the fronds.

It is Spring
and I press my ear
to still barren soil
to hear the hypnotic thrum
of sap reaching slowly skyward
engine straining against gravity
earthworms beginning
their tunneling, marshaling
armies for an exodus
through ever night soil.
I listen to the bud
its velour face
unfolding before
the stillborn sky,
a robin, breast unfurled
stares at me in wonder.

The hardest prison to escape
is the one whose walls are built
by the mind in fear and trepidation.
It is like the open gate you dare
not enter fearing that you are leaving
and will not be allowed to return.
Atop a pole there are
an infinite number of directions
in which you can go and only one
is straight down, but you fear
selecting any, for gravity
is a fear as great as death,
yet you can feel neither.
The prison of the mind
is impregnable, for there
fear and pain live in conflict
and you are a small boat
on an angry sea staring
always at the roiling waves. 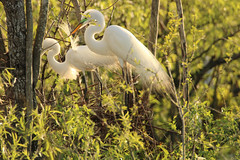 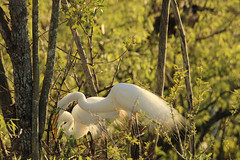 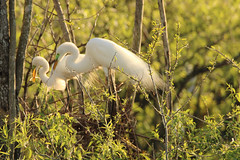