In this moment
absolutely nothing
samadhiBuddha,

outside the zendo
a hundred birds gather
chanting the Dharma

the cat sits
at the foot of Buddha
enlightened

We were told the average background color of the universe was turquoise.  She said “that’s because a coyote ripped it from the mountains outside Cerrillos.  But now they say it’s actually a shade of dark beige, drying mud colored.”  It was a glitch in the software, the astronomers said.  The coyote was unmoved.

She sits on the floor sorting coupons and roughly clipped articles on herbs and natural remedies.  Occasionally she looks down at the hollow of her chest, at the still reddened slash left by the scalpel.  “I’ve got no veins left.  I hate those damn needles. If they want to poison me, I’ll drink it gladly.  Socrates had nothing on me.”

I rub her feet as she slides into the MRI tube, and pull on her toes.  “I can pull you out at any time.”  I look at my wrist but there is no time in this room, checked at the door.  Just the metronomic magnet.  As she emerges she grabs my hand, presses it against my chest.  I cradle her head and trace the scar across her scalp, trying to touch the missing brain matter, the tumor it nestled, pushing aside the brittle hair.  “Lightly toasted,” she whispers with a weak smile.  She hates white coats and stethoscopes.  “They’re the new morticians.”  They take her in small sections.  She is a slide collection in the back of my closet, on the pathologists shelf.  I want to gather them all and reassemble her.  I want her to be a young girl of fifteen again.

Coyotes wander down from the Sandia hills.  They gather outside the Santo Domingo Pueblo, sensing the slow seepage of heat from the sun baked adobe.  There is no moon.  They know each star.  They stare into the darkened sky.  They see only turquoise.

Today in odd places,
at the most unexpected moments,
a child will smile without reason,
a young girl will laugh,
the young boy will stroke
the neck of a wandering cat,
and in that place
at that moment
there will be a simple peace.
Only the children will notice this,
though it gives lie to those
who deem peace impossible.
A child knows that it is
only preconceptions
and attachments
that blind adults
to the peace that
surrounds them.

She sits undisturbed
Shakyamuni by her side.
You can wave at her, she
will pay you no mind.

You cannot grasp her mind
and maintain a hold
on your own, you will grow
deaf from the chatter
but a child can curl
at her feet and she
will stroke his forehead
in perfect Samadhi.

A reflection on case 42 of the Mumonkan (Gateless Gate) koans.

Night has swallowed the city
and in the laundromat, dryer 42
decries her loose drive belt.
The young girl turns, “can you see it
the Virgin Mary, in the glass porthole”.
No, I think, only white cotton panties
and several pair of jeans
in endless rotation.
“She speaks to me, asking
for my forgiveness for the burden
she has delivered to us
and though I try to give her absolution
she will not listen. Talk to her,
maybe it is a male voice she needs
to ease her mourning.”
I stare fixedly at the washer
as the light for final rinse snaps on,
“she knows you, she is waiting,
so talk into the camera, that one
with the red light, and tell her
that you forgive, as your forgave
the other Mary, who you redeemed.”
The dryer slowly grinds to a halt
and the young girl grimaces,
“she is gone, so perhaps she heard
what I could not, and I thank you”.
She wanders out onto the street
and fades into the shadow
outside the penumbra of the streetlight. 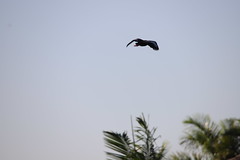 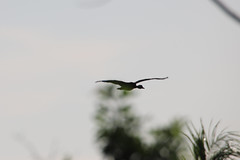 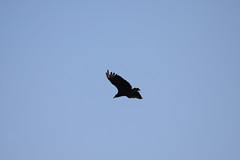