It is a sad fact of life that Florida
has disqualified itself as a movie set
for a vast number of films
that will now go before the camera
on the streets of some Canadian city.

No one is making films about
drug runners coming ashore in
teal and pink with a soundtrack
by Jan Hammer, since the illicit
drug of the moment is likely to be
filming in the streets of Chinatown,
and the Port of Los Angeles and
a Wellcraft Scarab is no match
for an 11,000 TEU container ship.

And for horror and noir films
the simple fact is that even in
the dead of winter, the palms
will never look all that foreboding,
and fake snow melts all too quickly,
but we can hope that Beach Party
movies will make a grand return,
until then we just keep get along
here in the heart of Margaritaville.

We were a special generation,
that’s what they told us, and although
we had no real idea who they were,
we drank the Kool-Aid and believed them.

We got liberal educations, were
smarter than our parents,
and went off to the wars that they
started for us, did enough drugs
to numb the pain of our existence,
and became first class working drones.

Our children are grown now, and they
have been told that they
are a special generation and although
they were skeptical, we convinced them.

Some got liberal educations, most
couldn’t afford that thought,
so we found wars for them to fight,
and drugs to kill the pain of lives
that were and would be nothing special,

and we wondered what they
would someday tell their children.

What I want, no, need actually,
is to remember the smells of youth.
The images I can recall, but they are
aged pictures, run repeatedly through
the Photoshop of memory, and
cannot be trusted only desired.

The old, half ready to fall oak,
in the Salt Lake City park had
a faint pungency that lingered
even as I departed my body as
the acid kicked in, and drew me
back from the abyss hours later,

and my then wife, cradling our
first born in the hospital bed,
the scent of innocence and sterility
that neither of us dared recognize
as a foretelling of our denouement.

Those moments are lost in the sea
of time, washed away from memory’s
shore, but the smell of a summer oak
still promises a gentle return to self.

They have a youth that you think
should make you envious, poured
into clothing that would be
a second skin, if skin were silk
and polyester, patterned tights
hair ironed straight, colored highlights
and you still recall when this
what a fascinated you, when
you would have found it alluring.
You probe the corners of your memory
knowing the trigger is there, unable
to find it in the vague images of velvet,
flowing and draping, colors more vibrant
in the acid fog, knowing it would all
crash down too soon, that the cocktails they hold
should be cheap jug wine in plastic cups
to prolong the slow descent back
into the real world from which the blotter
paper and cactus provided a welcomed escape.

And then there is the abyss
where it all comes crashing
back down on you and there is nothing
and no one, and you grasp
and find only yourself at the bottom
and arise, crawl up and out,
and nothing has changed except
the face of one who saw you fall.
You say words meant to calm
either you or the others, but
they sound hollow, all words
have an emptiness in this moment,
and you know it will pass,
and you know it will not pass
nearly soon enough, and you remember
the moments, once, when you
would think that the abyss
the drug created would last
forever and in that moment
you began the slow return.

I enter the station house

and walk up to the neck high desk.

I have been gone

my eyes see in the mirror

sitting in a park in Salt Lake City

in the drum circle

passing the joint and jug of wine,

my ears hear a voice

preaching subversion
to the youth of Rochester,
my fingers touch the cheeks
of the girl perched next to me
on the outcropping overlooking
the middle falls down from the inn
the sun dancing
off her long black hair,
my nose smells the sour odor
of JP-4 Jet Fuel
and the exhaust of the F-102
and the beer soaking the floor
of the base NCO Club
late in the evening,
I can the taste of salt
of the sweat in the hollow
of her neck as we lay
in a moment of reflection
as the Greek sun
beat down outside the window.
Sergeant if you find me
please call me immediately
for I am terribly concerned
at my absence, it is
so out of character. 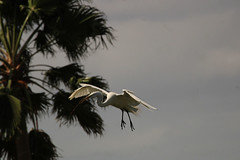 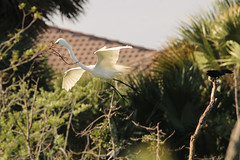 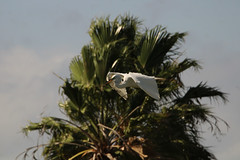