All too soon, I will return
as a ghost and how you
and others deal with that
has yet to be seen, although
know that ghosts are
reflective, and your thoughts
will determine both my presence
and mood during such visits
as I choose to make to you.

You may not believe
in ghosts, I did not for years,
but as you approach
that state of post-being
you realize that ghosts
arrive in dreams and you
are helpless to control them,
so lie back, enjoy me
when I visit, for I have
an eternity of options
too soon at my disposal.

She says she has always wanted
to swim like a dolphin, and she laughs
when others tell her that she can,
in the Florida Keys and in Hawaii.

She tells them that anyone, at least
anyone with money can swim
with the dolphins, but she wants
to swim like a dolphin as well.

She wants to see the sky appear
through the veil of water as she
breaches for a breath, the surface
a boundary easily stretched.

She wants to hear the songs
of whales, the conversations of her
peers, and the deep silence nature
occasionally affords in the world aquatic.

She sits on the shore, the waves
lapping at her feet, the sun
emblazoning the water, sees a fin
appear in the shallows and dreams.

I knew you’d show up in my dream,
it was a matter of time and faith,
or perhaps just playing the averages,
sooner or later became sooner, that’s all.

You had nothing to say, but that, too
was to be expected, for I have never
heard your voice, and imagine it akin
to the voice of the GPS or perhaps Siri.

It was just you, not him, it is never him,
and you looked just like you did
in junior year, before you dropped out
when the money got tight during the war.

I have spoken to the other mother, she
carries on monologues so I have cut back
on her visits, that much control I still
maintain over my dreamscape, no more.

My second father wonders if it is strange
being awash in parents, as does my third,
yet at the same time parentless, but
it’s okay, I tell them, after all, I am an orphan.

I should stand on the shore
take up a great shell
and blow a trumpet song
to the whales who stay
always just beyond sight.

I have no shore
on which to stand
and had I one, I lack
the skill to pluck
a song from a shell
and so the whales
I imagine offshore
must listen carefully
to the song I cast
deep within my dreams.

reality, yours
theirs a poor substitute
all edges
and points
piercing hope

love once (a) given
rendered faint hope
worse, impossible dream
delusion? you want
to think not
want so much
can’t have
bad for you
we know good
when we give it
none for you

time
past so
grow up

Laertes was supposed to visit me
in my dreams last night,
but Iago texted that they both
were suddenly otherwise engaged.

There is a strong possibility, of course
that this was just another instance
of Marlowe trying to wreak havoc
with my ever more precious sleep.

Tomorrow I will recall none of this
for the day ereases my dreams
much as the sun banishes the moon,
as one reality replaces still another.

And each time I prepare to welcome
Morpheus’ sweet song, wondering who he will
have in tow, it is Miles who reminds me
it is the space between dreams that matters.

It is easier to think about death
on a wintery evening, when so much
of life slips into stasis, and there is
nothing to do but concede your mortality,
and with good fortune, then slip
into sleep before being lost
in a sea of depression.

I must be thankful for my dreams
for they keep the night from becoming
the little death of the ancient philosophers,
and on awakening in the morning,
the mantle of snow that has painted
the world in a glittering white, does
not demand the shovel as yet, but
celebrates the world’s rebirth,
and with a nod to the sun, my own.

One deep and abiding beauty of dreams
is that it is entirely logical for
Marina Tsvetaeva to be engaged
In an animated discussion with
Corso and Ginsberg where none will
acknowledge that the world they
wrote and imagined is a total mess.

Over in the corner, Mandelstam and
Reznikoff have agreed that for eternity
every game of chess they play will
result in a stalemate, if only
to drive Brodsky to distraction, that
and having Osip say he prefers
Reznikoff’s free verse translations
to Brodsky’s ponderous rhymes.

I am looking forward to a cup
of espresso with Sylvia Plath, but she
says here she only drinks single malt
Scotch until it’s at least 5 P.M.

A woman’s purse is inviolable territory
she tells me, and no man dare look within
unless invited and that is as unlikey to happen
as a man is to fully understand a woman.

What she doesn’t say, but what time has
demonstrated to me repeatedly, is that
within that small space is the solution
to most of life’s pressing problems, a balm

for small emergencies, and a truth, the release
of which would loose upon those proximate
the sort of shock that Pandora only promised,
and I have more than enough problems of my own.

She asks what I keep in my over-fatted wallet
and I tell her it is not money, but thoughts
that haven’t come to fruition, and dreams
unrealized because they defy reality.

So, she says, your wallet is full of the stuff
that gets you through a day, that give you
hope for the next, and that marks your
ever present failure of irrational dreams. 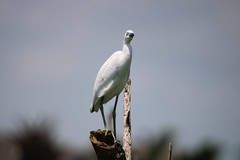 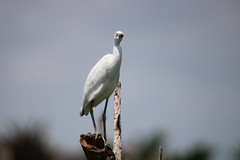 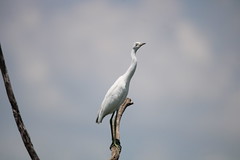