(Instructions for Mourning a Marriage)

It didn’t come with an instruction manual,
no simple, poorly translated diagrams
telling me to “be inserting Tab A
into the Slot B,” none anywhere to be found.
But I was young, and didn’t worry,
despite entreaties to get help first
before beginning the intricate task of assembly.
I laid out all of the parts carefully
until it looked about right, and made
my own checklist, noting each part in detail,
smug when I found that all were present
including a couple that had no discernable purpose.
I cobbled together a small toolkit,
things that looked like they might work
and set about the laborious task of building it.
It went together fairly easily, logical connections
made, wires twisted and wrapped in small bits
of duct tape, until it took shape and function.
I reached out gingerly for the starter switch
and depressed it with great trepidation.
It began to hum, its gears crawled to life,
almost meshing seamlessly, with only
the occasional groan, shake and click
from some dark corner of the machine.

For some time it worked reasonably well,
with occasional starts and stops,
but nothing a little oil didn’t correct.
Every now and again I would find the odd part
left in its wake, and for a while
I would put them in a drawer in my desk.
But they grew too numerous, and since it
kept sputtering along, I slowly discarded them.
Now I can’t tell when it happened, since
I long ago stopped checking it each morning,
but one morning recently I turned to it
and it sat, refusing to move, static.
I pushed and prodded it. It sat.
I changed its battery. It shuddered and sat.
I took it to the repair shop and they stared
until one of them laughed and said,
“There is absolutely nothing we can do, we have
no idea how it worked this long, all we can say
is give it a proper burial, and next time
do yourself a favor and read the fuckin’ manual.”

First published in The Right to Depart, Plain View Press (2008). 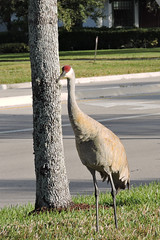 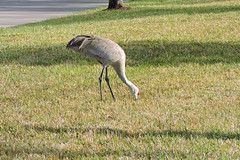 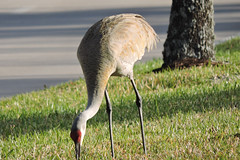