There is no snow here –
we dream of Fujiyama
imagine winter.

A thousand cranes rise
take wing over the city
smiling at the sun.

One thousand cranes take flight
and there is a sudden silence
as the cat stares up, bidding them farewell.
We barely stop to notice,
despite the rainbow of colors
replacing the clouds, even the sun
seeming to pause in wonder.
Two thousand hands made this
happen, one person, unrelenting,
knowing anything less
would be nothing at all.
Each crane dips its head
in appreciation for its freedom,
no longer trapped
in a two-dimensional prison.

Needle-like church spires
reach through the gathering mist
clouds begin to bleed.
Walls stand in the field
one stone piled on another
grass withers in shade.

In the photograph
the two great blue heron’s
stare at each other.
We are not certain if this
is love, or there is something
far more ominous impending.
Birds have a way of being
inscrutable, and herons
are often mistaken for cranes,
although I cannot imagine
a senbazuru of herons.
In the photo, their beaks are touching,
one slipped slightly into the other
and I have decided they
are lovers, and ask my grandchildren
to shield their eyes, when they stare
at the photo with a questioning look.

From atop the Century Hyatt
Shinjuku Chuo Park
is a desolate maze
of asphalt, its fountains
stilled by winter.
The horizon is dotted
by the cranes,
great and small,
perched precariously
engaged in their manic dance
bending and swooping
in defiance of the gods.

Shinjuku Station
is washed by the waves
of riders who flow along
its corridors, as though
pulled by some hidden tide.
Tokyo, the orderly, tidy city
recalls that it is home
to 10 million, and the soul
of a nation.

He could not hope to remember
how he got there, he had wandered
in search of nothing in particular,
save dinner as his hunger grew,
but in Shinjuku you needn’t read
Japanese since the menus sat
molded in plastic in the window
of even the smallest restaurants.
He began to look more intently
when he saw the path off the street,
a calico cat beckoning him,
so he entered, knew instantly
he was at a small Buddhist temple,
and bowed to the statue of Kannon
hidden amid the flock of cranes.
He felt the touch of the young monk,
followed him into the small zendo,
sat seiza at the monk’s nodding,
and as evening washed over them both,
time and hunger ceased to matter.
Interminably later, over a cup of tea,
the monk said in broken English, “you
carry me with you to home place,” pointing
to his heart, “and I keep you in Japan,”
repeating the gesture, and as he
regained his bearings, saw
the Metropolitan Center which
was his pole star for the hotel
he walked lightly back, forgetting
he hadn’t eaten since breakfast. 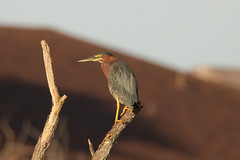 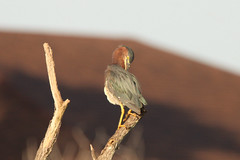 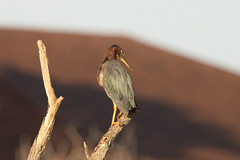