It is the difference I always notice
between small and large cities: the parks.

When you sit deeply within
Boston Commons or Central Park
you can feel the city always
threatening to encroach and
once again make you its prisoner,
smell and hear the city, traffic
and trucks rumbling, horns
played in a cacophonous symphony.

In small cities you can sit in a park
and wonder where downtown
could be, distant, a whisper perhaps
alwlays unseen, and you can
get lost in dreams of childhood
smell newly mown grass, and
listen unimpeded to the stories
the trees are all to willing to tell.

A good friend, who we had
not seen in COVID time, visited
and we smiled when we saw
that she was reading Heidi,
catching up she said on a too
abbreviated childhood, one
sacrificed to circumstance

My grandson, soon enough
ten, says he is reading
Beowulf, though not the Heaney
translation, so there are two
more books on my books
you must read before you die list.

Despite reading regularly,
the list grows ever longer,
and I am beginning to think
that if I must  complete it,
it may be my best shot, my
only real shot at immortality.

They say you cannot go home
again, although I have never
had occasion to meet them.

I’ve never been one to follow
the dictates of them, unless they
were my parents or spouse, and
in the case of my parents, often
not even when they demanded it,
so I went back to the home
of my childhood, a shockingly
new place as I remembered it,
setting the neighbors astir
as they saw it go up and out.

It, like I, am older now, but
seemed to have borne time
far more harshly than I.

I do sometimes have a gait
to accommodates arthritic knees,
move a bit slower than I
imagine, but the house seemed
to be looking for its cane
knowing it would soon enough
require a walker, and I knew
that while I could go home
I’d be happier if I didn’t.

As it turns out, life
is an ongoing process of accretion
and deconstruction, of growth
and eventual shrinkage.

I started with 20 teeth
I am told, and got to 32,
only to fall back to 23
thanks to orthodontia and wear.

We start with 270 or more
bones, but we knit that number
down to 206, or in my case under
200, the orthopaedist’s handiwork.

And with time we progress
from diapers and being pushed
around to walking, running,
driving ourselves in many ways,

but in the end, for many of us,
we revert to childhood, but one
where the future is behind us,
and the past is that to which we cling.

Recalling it now, the sight had to be absurd,
and I suspect it was at the time,
but as its beneficiary then. I dared
not say anything, I’d mastered that already.

My father in khakis and a poor excuse
for a flannel shirt, Goodwill no doubt,
but you had to have one just for occasions
like this, not that they would ever repeat,

struggling mightily to heft a bale of straw
from the roof of the Ford Country Squire wagon,
and haul it into the back yard, placed against
the wooden fence that backed the nursery.

He’d repeat this task two more times, using
language I knew well, but had never heard
him use before, wondering if my mother would
threaten to wash his mouth out with soap.

When the third bale was stacked, he pinned
on a target, and reaching into the trunk,
pulled out a fiberglass recurved bow, smiling
at me as he said, “I know it isn’t what you wanted,

but you are good at archery, the camp gave you
a prize for it, and a new three speed bicycle
isn’t something you need, the old Schwinn is fine,
and the BB gun you wanted is out of the question.”

It is well past time
I wrote a poem about
the great joys of my childhood,
for memory should bubble up
like lava through the crust of time,
they should rain in flashes
as so much matter dropping
into the atmosphere
in their ultimate light show.
This isn’t going to happen, of course,
whether because memory has
grown dim over time’s distance
or for lack of subject matter.
At 68, the difference hardly matters
for a blank page hardly cares
which pen chooses not to write it.

It has been said, wisely,
that all children speak
a common language,
regardless of what adults
believe they are hearing.

The proof of that proposition
is simple enough, pause
and watch a parent make
demands of a child
in the presence
of other children, see
the reluctant child glance
at his foreign peers and gain
silent and instant affirmation
of adult unreasonableness.


When do we cease
being able to communicate
without words, in that
language of childhood
that is at once universal
and capable of silence. 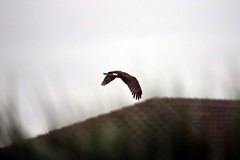 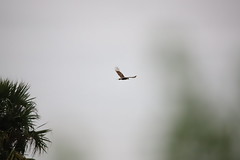 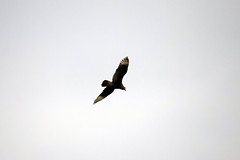