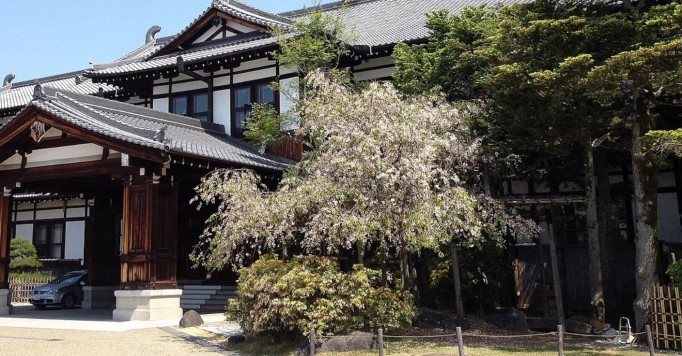 Stepping into the hotel, it was like being dropped into a truly alien world. Nothing shiny, no excess of glass and marble. A simple dark wooden reception desk, a clerk in black with a white vest. A bow upon approaching. Your room is simple, no internet, a single light on a small desk. A tatami mat in the corner. A hard wired phone. And you know, in the distance, the Daibutsu awaits you in the morning. Here there is no CNN International, nothing that isn’t Japanese. Your computer is essentially useless, a fax machine in the office for emergencies. And the nearest business center, sorry closed, is in the city. The Internet is coming soon, they promise . But on your morning run, as you catch your breath on the step outside the Todai-ji Daibutsu-den, a deer comes up to you and licks your face and you know this morning Daibutsu is smiling. 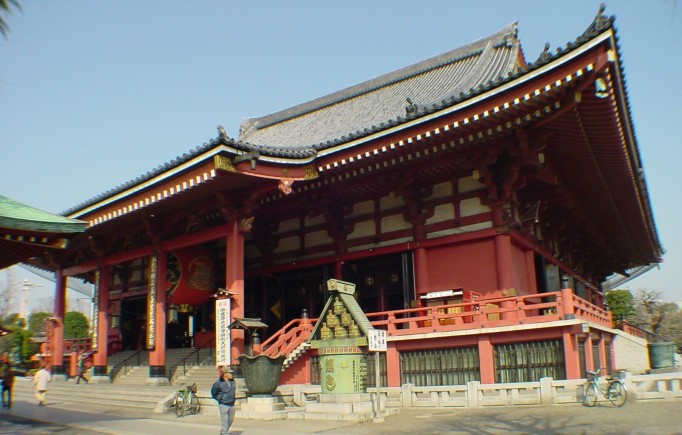 By hour six, the plane was just a lumbering beast dividing the sky, halfway from God knows where to nowhere special. His body cried for sleep but he knew he had to deny it. That much he had learned from prior trips. For when he landed, made his way painfully slowly into the city, it would be early evening when he arrived at his hotel. He knew he needed to be on the edge of exhaustion. Only that way could he grab a meal from the 7 Eleven down the block, and finally get to sleep, reasonably fresh in the morning. It would be a long day. Each day in Tokyo was a long day of endless meetings and negotiations. It was mind numbing, but he was paid well to suffer it. And he knew that on his last day in the city he would have time to board the subway for Asakusa. There he would wander slowly down the line of stalls, to the great gate of Senso-ji Temple, its giant lantern shedding no light, and peer at the Buddha Hall in the distance. There would be school children in neat uniforms, always hand in hand, and pigeonss, flocking around them and anyone who looked gaijin, easy marks for photos and handouts. And the orange tiger cat would huddle at the base of the nearby Buddha seeking enlightenment. For that hour or so he was in a different world. The giant city melted away. His thoughts grew placid as he placed his incense into to giant earthenware jokoro then washed its smoke over his face and shoulders. He bowed to the young monk carefully writing the prayer sticks. He stood silent at the foot of the Buddha Hall, a conversation no one could hear, one that everyone here was having simultaneously. Time does not yield, and as it ran thin, he headed back to the subway knowing his fortune without purchasing it for 100 yen. A simple fortune really, a return visit on his next trip to Tokyo and maybe a side trip to Kyoto, and as the icing on his taiyaki, a trip to Nara, to again wander the grounds of Todai-ji and commune with the deer at first light, in the shadow of the Daibutsu. On the flight home he thought of the moments in Buddha’s shadow, the resounding of the great bell. He smiled recalling the red bibbed jizo, knowing they gave up Buddhahood to help those like him, still lost on the path. He is saddened knowing he will soon be back in his world, the daily grind, this trip shortened, as all return trips are. And when he lands, goes through Immigration and customs, when they ask if he has anything to declare, he may say “just a moment of kensho.”

They crowd the stalls, searching
amid what the Japanese would have to call
tchotchkes if they were Jewish.

Few bother to see the great Buddha
peereing out of the Buddha hall
questioning their judgment.

They could buy their fortunes
for a mere hundred yen coin, but they
believe it better spent here,

through waves of humanity who
have no need of jizo, those are for
the cats and children who parade

through the gate, hand in hand,
and stare up at the statues of Kannon
still teaching and offering compassion.

When you enter the hall
which seat will you take?
Your seat is determined
by how long you
have walked the Way,
how long has it been.


If you can measure the time
that marks your entry
sit at the far end
for the honored seat
is reserved for the ancients
who enter the Way again
at each passing moment.

A reflection on case 24 of the Iron Flute Koans 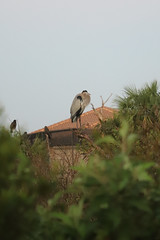 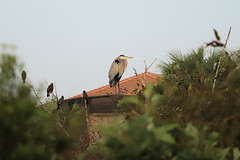 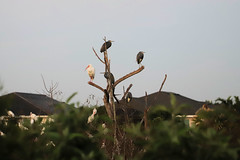