Its plump, dusty-white feathered body
sits atop the pond like an inverted
iceberg, as the lindens fringing the field
shed their seeds onto the hardened soil.
The swan lumbers across the surface
with no particular urgency or direction
slowed by the entropy of a late August afternoon,
the laughed shouts of children
plunging headlong to dinner,
diverted to bathrooms
for the cursory sprinkling
of unholy water,
the beast drags its haunches
upward
straining against the gravity
of too many
moments pecking the grains
cast at it by the children.
Its head breaks the surface of the pond
and inches downward in through the green
glaze until snatching its target
at the end of the allotted moment,
like the child’s toy with its colored fluid,
it swings back up on its axis,
and inches away, its dive complete.

The young boy climbs gingerly aboard
the rusty metal seat, a lattice of
peeling enamels, telling the years
as rings of trees, and drops the bar
across his lap, a wave to cousins
denying the tingle in his bowels
as the wheel begins its rhythmic
interrupted rotation, and the sky
summer gray, approaches.
The wheel turns slowly,
the cacophony of little girls
rings false against the fading note
of a carousel.
He rocks gently, mindful not to lean
into the baleful eye of the operator,
and glances down counting those
awaiting their moments until
he hears the grating of metal
and he slides to the side,
as his cage
begins to dangle, the bar greased
by the sweated palms of a rider,
and then the shriek of agony
torn loose from somewhere beneath
his riveted eyes
fixed on the asphalt
rushing to break him.
He lifts his arms out
vainly searching
for the genetic memory of flight.
He strikes with the sound of the plastic
barrel striking a pier, his dive complete.

First Appeared in Twilight Ending, May 1999.

When the master
calls for a novice
do you answer?
When the inkin
bell is struck
do you begin
or end zazen?
As you follow your breath
when do you leave
your body, and who
returns when you next inhale?

Search instead
for an answer
that has no question.
Who is the novice now?

A reflection on case 31 of the Iron Flute Koans

When the master
calls for a novice
do you answer?
When the inkin
bell is struck
do you begin
or end zazen?
As you follow your breath
when do you leave
your body, and who
returns when you next inhale?

Search instead
for an answer
that has no question.
Who is the novice now?

A reflection on case 31 of the Iron Flute Koans

I sat with the ghost again
this morning, the one who inhabits
the body that was once my father.
Ghosts find it difficult to speak
from within living bodies, so mostly
it squeezed my hand and offered
an occasional weak smile or nod,
said I looked good, but ghosts do have
trouble seeing out of human eyes.
He slept quite a bit, curled up
the better to contain himself
against the lights and prodding,
for ghosts want only silence and peace.

You sit on your self-hewn throne
and stare fixedly at the night sky
as the clouds gather
and dissipate beneath you.

Do you even recall
why you were cast out
condemned to your cell so vast
and yet infinitely confining?

with a white heat
that paled the oven of summer?
What do you imagine
as the tongues of the Persiads

lick across the sky
and disappear into the
ebony holes that lurk
in the corners and behind your eyes.

You move slowly across my world
and only the dawn brings you peace. 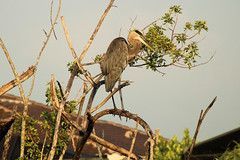 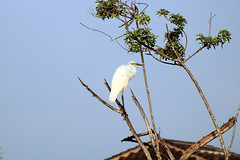 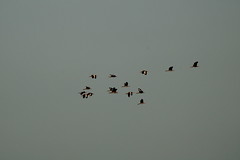