My back bemoans its age,
knowing the alternative
is far worse, and as
we limp along, we await
the call to attend
the unveiling of the resonance
images which draw us in
and will, in short order
explain everything
if, even, there is no answer
no underlying truth
and certain it will not find
the simple alignment
that eludes us and
we will continue to share
our abiding pain.

Time has no role to play in any of this.
Time isn’t pleased by the prospect,
it prefers to be ever present, ever
escaping, even as it is arriving.
It is quirky that way.
It is constant yet it loves
to give the impression of being variable.
Einstein noted this, and anyone
returning from a long drive is
aware the return is always the shorter trip.
Unless, of course, you suffer
from a bad back, then time
really has the last laugh.

the dangling green orbs
hang beneath the verdant leaves
dreaming of summer.

evening sky darkens
is it the approach of night
or simple summer rain?

In Hawaii I could stare for hours at a taro field,
the bent back of a farmer, and the same a gentle fold
of spine I saw from the Shinkansen, Tokyo to Osaka
amid the fields of yellow, later rice in some bowl
perhaps even mine, or in Antwerp as the chef
patiently picked over the trays of mussels in the market
knowing just which would suit his needs, all having
a remarkable sameness to my eye and nose.
On the road just outside San Juan, near the beach
with surf-able waves, the woman stood bent in the heat
over a 50 gallon drum turned stove, cooking the pork
tucking it into the dough and placing it in the fryer oil
smiling through her few remaining teeth, offering pies
that we dared not resist, knowing the sea
would soon enough be our willing napkin.
This morning, as I took my slow walk
to the coffee shop, a jay sitting on a rusting fence
stared at me for a bit, not unnerving,
persistent, and I imagine him thinking
of taro, rice and fresh cooked pies.

I am pressed into a seat
that would conform only
to the body of some alien creature,
or so it seems, for hours
into a flight that increasingly
seems eternal, particularly for the baby
two rows back, who, like me
would much rather be anywhere else.
The crew dims the cabin lights
the universal indicator of “Don’t
think of bothering us, we fed you
and will give you a snack in the morning,
only if you behave, so
off to sleep with you all.”
As my back and neck rebel, I
remind myself it could be far worse,
the food poisoned, perhaps, not
merely inedible, for this, despite
appearances, is only the second ring of hell.

What do you say
to those who turn their backs
on those broken in battle,
or broken at the sight of battle,
who were left to clean up the collateral damage,
or who were collateral damage,
were pierced by IED’s,
or shaped charges,
who had inadequate armor,
or no armor at all,
who were left in moldy rooms,
were dropped on the street,
who don’t want to go back again, and still again,
who see clearly with their eyes closed,
who cannot find shelter in a maelstrom of thoughts,
who did what was asked
and wish they hadn’t,
who asked for leaders and found only followers,
who asked why and were told “just because,”
who never came back, or
who were left here.

If you stare at it long enough
it is certain to become familiar,
as though you have seen the very thing
in the very place and time before.
You know this is not possible, but
it allows you to conceive of the future,
even though that cannot exist, any more
than the past can now exist, and if it
once did, was it as you remember it?
The mind is ponderous, and grows more so
when it tries to grasp what does not exist,
and in the accretion, it subtly
curves space-time around it,
so that what is real and what is not
cannot be distinguished, and if
you stare forward long enough, you will
likely stare into the back of your head. 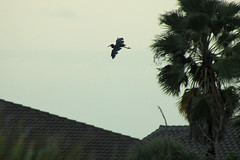 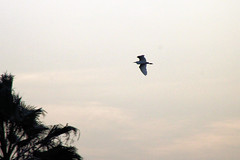 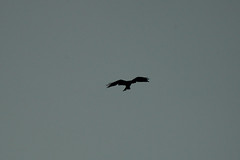