Standing at the window
looking down on the street
is the passing man enlightened?
Call out this question to him.
If he looks upward and says yes
what do you know of his enlightenment?

Looking at a flower
is it different than its seed.
If you hold a seed in your hand
what can you say of the flower
that may some day appear.

A reflection on Case 69 of the Iron Flute Koans.

Please visit my new site: https://bird-of-the-day.com for a daily dose of avian beauty.

They come when you least expect them
appear seemingly out of nowhere
at first so small they go unnoticed
but never unheard, for what they lack
in size, they make up for in volume.
The get beneath your skin, take
root, steal into your heart, and find
themselves in the brain’s synapses.
Before long they cannot be ignored
like a drug for which you need ever
increasing doses as they become more scarce.
You know you are hooked, you know
that cold turkey withdrawal is never
an option, just something about which
you read about and twice a year
you cast logic and economics
two winds of fate, spend lavishly
for you know parents who spoil children
must be admonished and abhorred
and grandparents who do not
should be treated equally so.

Perhaps tonight
the slightly waning moon
will bathe us in her presence.
That presupposes the clouds,
so very jealous of late,
allow her to appear. They,
and the unending winter,
are the evil stepsisters,
and they have neither
justice nor compassion
for the moon or for us.
And so, to save their
maleficent case, I shall
again, tomorrow morning,
take up the shovel
and imagine my boots
are crystal slippers.

If you are truly looking for the way
why do you insist on using your eyes.
Any teacher will tell you that your eyes
see nothing, they are only lenses through which
a delusion is created in the mind.
The mind has no eyes, but it is all
that enables you to see anything.
So abandon the eyes that see nothing,
and the mind that only thinks it sees.
Settle on the cushion until you
and the earth and the sky are one,
indistinguishable from each other,
and everything, which is nothing,
will appear before you if only
you refuse to acknowledge it.

A reflection on Case 4 of the Bring Me the Rhinoceros koans.

He came, stayed a while,
and left, and it was only when
he was gone that most missed him.
Some say he will come back
but others are skeptical, and
no one really knows for certain.
Some actually say that he didn’t leave,
that he simply changed, and might
appear when no one expects him.
Several said it was a she, not a he.
No one was quite certain
of the person’s name, some said
it was Jesus, some said Buddha,
some said it was Tara, but the children
said it didn’t matter really,
that to see him, to see here,
all you needed was a mirror,
and the real name was simply Peace.

He appeared rather suddenly,
and didn’t seem to stay very long.
Some claimed they knew he was coming,
most never saw him arrive,
although some said they saw him clearly,
that he visited frequently, that
they knew his presence unquestionably
and spoke to him at some length.
She knew there was much wishful thinking
and a dearth of reality, but she
had come to accept that they got
what they seemed so badly to need
at no cost to her or any others.
But her daughter, seeing all this,
could only laugh, for though she might
be young, she knew he didn’t appear,
he was always there, they just wouldn’t
close their eyes and see
what every child did.

Night arrives,
the rain arrives,
and the sun
is washed away
to dry beyond
the horizon
and there to
prepare to reappear. 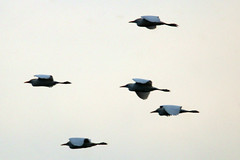 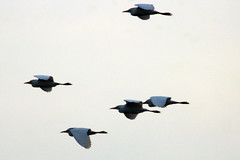 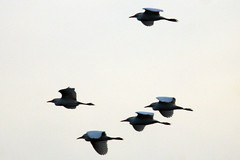