You ask me if I remember
when we first kissed, and then add
and what was it really like for me.

I know the answer you expect,
and I am reluctant to tell you
otherwise, but I have to be honest.

It was moments after I left you
at your door on our first date,
having found my car finally
in the parking garage near
the coffee house downtown.

I had just gotten in the car
to drive to my apartment
in the distant suburbs, and
turning on the ignition, I
kissed you passionately
on the lips, all eyes closed.

And, it was wonderful, though
the kiss we shared in reality
later that month put it to shame.

It should be easy, my friend said,
to imagine yourself a character
in a novel you particularly like,
like I’ve found myself in any number
of Tom Clancy novels, since I can
easily become a CIA agent, it fits me.

I know I’d shoot myself in the foot
or worse, and I’d keep no secrets
if you even threatened to torture me,
and the odds of me finding my own
Doctor Watson are slim, harder still
since I abhor even the thought
of opium, and I gave up my pipe
years ago when the girls found it
odd or disgusting, not the cool I sought.

So I’m left with being a young Japanese
woman negotiating life in modern
Tokyo, or the countryside, but I’m
nit sure Banana Yoshimoto would
buy me as her protagonist, so I suppose
I could do a quick deep dive into
ballet and try and pass for Shimamura,
but I know I’d opt for Yoko and that
wouldn’t suit Kawabata at all

Come to think of it, I have a hard
enough time being myself, and even
as my own author, I find that I
would never accept myself as my
protagonist, so that role is still
available if you would care to audition.

(Instructions for Mourning a Marriage)

It didn’t come with an instruction manual,
no simple, poorly translated diagrams
telling me to “be inserting Tab A
into the Slot B,” none anywhere to be found.
But I was young, and didn’t worry,
despite entreaties to get help first
before beginning the intricate task of assembly.
I laid out all of the parts carefully
until it looked about right, and made
my own checklist, noting each part in detail,
smug when I found that all were present
including a couple that had no discernable purpose.
I cobbled together a small toolkit,
things that looked like they might work
and set about the laborious task of building it.
It went together fairly easily, logical connections
made, wires twisted and wrapped in small bits
of duct tape, until it took shape and function.
I reached out gingerly for the starter switch
and depressed it with great trepidation.
It began to hum, its gears crawled to life,
almost meshing seamlessly, with only
the occasional groan, shake and click
from some dark corner of the machine.

For some time it worked reasonably well,
with occasional starts and stops,
but nothing a little oil didn’t correct.
Every now and again I would find the odd part
left in its wake, and for a while
I would put them in a drawer in my desk.
But they grew too numerous, and since it
kept sputtering along, I slowly discarded them.
Now I can’t tell when it happened, since
I long ago stopped checking it each morning,
but one morning recently I turned to it
and it sat, refusing to move, static.
I pushed and prodded it. It sat.
I changed its battery. It shuddered and sat.
I took it to the repair shop and they stared
until one of them laughed and said,
“There is absolutely nothing we can do, we have
no idea how it worked this long, all we can say
is give it a proper burial, and next time
do yourself a favor and read the fuckin’ manual.”

First published in The Right to Depart, Plain View Press (2008).

Take one part
Grand Marnier, one
Frangelico, a short cup
of coffee, whipped cream
only if you wish,
curl on the sofa
with your life’s
greatest love
and your first
real, truly your
first Christmas Eve
makes you wonder
why you waited
so long.

If I were a character in a novel, say
by Kawabata, that evening we met
twenty years ago, I would have
placed my hand lightly on your shoulder,
and I would have felt a heat,
embers of a passion that would,
in hours, leave me consumed by it.

I was a middle-aged, soon to be
divorced man on his first date
in thirty years, imagine a teenager
knowing what not to do, but with no
idea of what to do save chatter
and periodically gaze at his shoes.

I was, as the evening progressed,
bold enough to take your hand,
and hoped that my fear and anxiety
might be mistaken as romantic,
or bold and daring, anything but
the reality that was consuming me.

We’ve been together twenty years,
and as I read Kawabata again, I
recall those first moments, but
in this revised edition it was
your passion I felt in that first touch,
a flame that consumes me to this day.

There is one thing that none
of the books on discovering
who you are when you are
adopted bother to tell you.

If they did, it wouldn’t change
anything, but it is a burden
you assumed you’d easily bear
that grows heavy with time.

What they don’t warn you is
that you will discover yourself,
your heritage that was denied
to you for one engrafted on.

But you will not be prepared
for the hidden tax that is levied
with that knowledge, for your
mourning is too soon doubled.

On this night
he walks silently
into her dream uninvited,
but she is used
to the incursions.
On other nights it
is she who sidles
up to him in the depths
of dreaming, each
slipping away
ahead of dawn.
On rare nights each
enters the dreams
of the other, paths
crossing at
the synaptic border.
On those nights
she looks for him,
he for her, each
grows fearful
the he or she
will be trapped,
alone, when dawn
arrives and the body
gently wakes, she
or he wandering lost
in a familiar
alien reality.

My mother always told me to say
my prayers before bed, which was odd
given that she never prayed, and didn’t
as far as we could tell, believe in a deity.

I knew, as my Rabbi taught, that you do not
seek something for yourself in prayer,
and world peace and harmony did not
seem on the horizon despite my entreaties.

Now I kneel, and face the wall before bed,
and listen to the prayers of the birds
in the wetlands, although it is not clear
if it is a deity or the moon to which they pray.

My mother is long buried now, I will join
her eventually, and there is still no peace
in the world, merely violence and poverty,
but the birds have greater faith than I ever did.

By the way, the headstone is lovely,
designed by your niece, it pays tribute
to you as aunt, as sister, as friend.

I do wish it had said mother as well
but I know I’m the one secret you thought
would fit into a corner of the pine box,
buried with you, to be, like you, reclaimed
by the rocky soil of West Virginia.

Little could you have imagined that
a few cc’s of saliva could expose
what you so carefully hid, and you
were helpless to avoid it regardless.

My adoptive father, the second one,
slipped away slowly, dying before death,
under the living eyes of aides and nurses.

You just lived your life your way,
answered to yourself and perhaps God,
and decided it was time to go, needed
no permission, made no farewells,
and in that regard, I am one of the family. 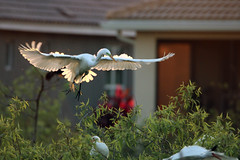 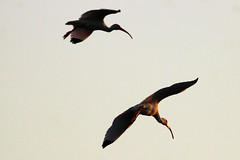 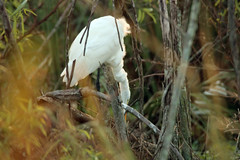