I spend considerable time thinking
about what it is that I am, what is I,
whether Descartes’ God or Spinoza’s
could possibly exist, or must if I can have
meaning beyond self-reflection, needing
a godly mirror, and image reflected.
Cogito, on what basis can I draw that conclusion
what logical proof, carefully constructed will
not fall under the weight of the axiom, cogito cogito
but of what? Keys that spit words that fade
under a misplaced finger, she caught in the web
twisting, unable to pull free, staring at
an approaching holiday of praying forgiveness
Vidui, as though to posit God is to validate
emotions, control impulses which leap synapses
and flit and fade, I have sinned and transgressed
I have violated laws and statutes and I beg
forgiveness that I might live, this I, this cogito
who has no external reference save God
which makes all things real, all illusion.
It is comforting knowing in death the soul is
carried on, thought lingers, or does it cease
such that I am not for I think not, yet why should
I fear, for when it is done, I will not have been
save as a reference point, a linchpin from which
may hang ornaments of a life, a tidy sum.

He knew she had a special
meaning for him the first time
he saw her, from his usual seat
by the window in the diner, waiting
for his bagel and cream cheese,

and she at the table along
the window of the Starbucks across
the street, which might as well
have been an ocean, so unlikely
was either to make a crossing.

By the third time she had noticed
him, and offered a polite wave,
which he gladly returned, each
assuming it was an act of civility,
each, at least he, hoping it could be more.

He thought, briefly, about dashing
across the street and meeting her,
but he was no fan of coffee, less
by far of what Starbucks served,
and their bagels, well enough said.

So they went on with waves and nods,
until the day he looked and she
wasn’t there, and he knew she had
moved on without him, left him behind
or found a place with good coffee.

Christ and his disciples
walk slowly through the lobby
en route to the bar, discussing
the evil of war and blind obedience.
They push three tables together
and slowly drain the pitchers
of Bud draft, laughing
over the sound of the Karaoke.
As the evening draws itself
into night, he boasts
in Aramaic that he
has translated more than half
of the Bhagavat Gita,
although he much prefers
the Tibetan Book of the Dead.
Satan, he suspects aloud,
is still trying fruitlessly
to finish Spinoza’s Ethics,
but without improved understanding
the old devil is doomed to failure.
As the night draws on, the hooker
hovers ever closer, and for a moment
he wonders if she would moan
as she feigned orgasm.
He lights another Camel
and crumples the empty pack
and throws it, knowing it will miss
the can and roll on the floor
under the bar rail, and he curses
in the ancient tongue.

At the coffee shop they chatter as if in some foreign tongue, conversations overlaid one on another on another, until all I can strain are snippets of words, stray syllables. This is true everywhere I have visited, and it promises good coffee, for I have found that when I can easily eavesdrop on others at nearby tables, it is because the espresso maker has gone silent too long, there are few present, and I will regret the coffee shortly after drinking it.

No one thinks it all that strange
that novels featuring James Bond
appeared well after Ian Fleming
again made acquaintance with the soil.

Nor are we shocked that Conan Doyle
has seemingly taken up pen again
and brought Holmes back to life,
although many find those efforts regrettable.

And yet when I take pen to paper
and cast line upon line of verse
upon the page, weaving intricate rhymes
and couplets of fine iambic pentameter,

I am called a fool or a charlatan for claiming
my work is merely a continuation of
Milton, Eliot and old William Butler Yeats
but homage is a tough game and I’m up to it,

and I toil away wondering just who
will strive to continue my tales when,
as draws ever closer to my chagrin,
I join the masters as further food for worms.

He had been there for days
although he’d stopped counting
since it didn’t ultimately matter.
He would leave when
the time was right although
he had no idea how he would know
when that moment arrived.
Some things you do on faith
he assumed, and this
had to be one of those things.
He wasn’t sure why he came
but he knew he had to be there,
And he knew that the cave
provided him shelter and there
was an allegory hiding deeper in.

You imagine tomorrow will arrive
without warning or notice, and even
though you are skeptical, you accept
the possibility, and if it doesn’t arrive
what are the odds you will miss it?
If, as expected, it arrives, what the hell, it
was supposed to do that so nothing is odd
about it, and if not, well you never
really expected it to, it’s the blessing
of a shortening memory, so you win either way.
And so you go on with today, and when
not if, tomorrow comes you’ll be there
since you will recall your doubt
and you’ll assume it is nothing more
than the fall of the next domino
in the perpetual parade.

The most interesting thing about visiting
websites from foreign news services
is that so many offer content in English
and how deaths that occur locally seem
to invoke the same sadness, horror, belated honor,
and that local disasters take precedence
over our own disasters not merely because
it happened there and not here,
but because the losses are greater, the damage
far worse, the faces far less white.
We hold the world up to the mirror often,
but is only our face we see, and those like us
standing behind, and we are blind
to so much of what goes on around us,
because this color blindness is of the sort
that disables seeing at all rather
than seeing all in monochrome. 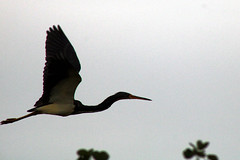 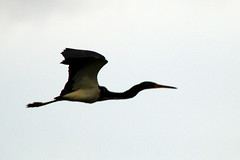 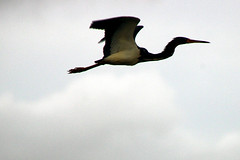