There are two principal problems
with Ireland, and I found both
to be utterly insurrmountable.

Every town, even Galway City
at any time of day or night
looked like it should be a postcard.

or, realizing I have no singing
voice, I would recite a poem
from William Butler Yeats

which I sadly could not, yet after
the third pint of Guinness
I could, I think, recite my name.

There are no monsters
in this lake I tell
my granddaughter, answering
her unasked question.
There are bears in the woods
around here and there
used to be an owl which made
an afternoon visit.
There are deer, certainly
and there could be a coyote
or two. If you don’t
believe me, ask the crows,
everyone knows that they
can never keep a secret.

First published in From the Finger Lakes: A Memoir Anthology, Cayuga Lake Books, 2021

Between Scylla and Charybdis
they cower amidst the ruins
fearful to look skyward
lest they encourage
the rains of hell.

Now and then they visit
the corpses, hastily buried
grief drowned by the sound
of the laugh of the gunner
peering down from the hills.
It is always night for the soul
and lookout must be kept
for Charon, who rides
silently along the rivers of blood,
that flow through her streets.

In the great halls,
far removed from the horror,
self-professed wise men
exchange maps
lines randomly drawn,
scythes slicing a people.
They trade in lives as chattel,
reaping a bitter harvest,
praying there may only be
but seven lean years.

They offer a sop to Cerberus,
three villages straddling the river,
but the army of the hills
knows they will take that and more
and waits patiently for the winter
when the odor of sanctity
no longer arises out of the city
to assail their nostrils
and Shadrach is
no more than a ghost.

Walking down the helical
road, untwisting as you go
you discover places
you never imaginged
visiting, nothing
like the path you
thought you knew well.

Stop and claim
your new heritage,
find yourself
on an alien map,
bury yourself in books
of new and ancient history.

Pause here and consider
a King of Scotland,
knights and lords,
in the far distance
know that you claim
a link to a man
so honored that he
died by hanging, but
was then beheaded
and drawn and quartered.

Too late to unswab
your cheek, so simply
enjoy your ride.

Here, in these unmown fields
where the morning mists gather
once stood the ancient chieftain
his clan assembled about him
staring into the distant trees
under the watchful eye of the gods.
As the October winds blew down
from the hills, they strode forward
blades glinting in the midday sun
ebbing and flowing until the moon
stood poised for its nightly trek
and they stood on the precipice
of exhaustion counting fall brethren
sacrificed to the blade of the claymore
for glory of clan and entertainment of gods.

On these tired fields no chieftains stride
and the mists no longer wrap the boulders
left to mark nameless graves of kin.
These are now ill sown fields, lying
in the wasteland between chiefs who sit
in silent bunkers, clansmen gathered
to retell the tales of glory long vanished, to come.
In these fields they till the begrudging soil
and beg the gods for meager growth.
As the moon begins its slow journey skyward
they pause to count the craters torn
into the rocky soil, and gather the bones
of those newly fallen, sacrificed to the wrath
of the claymores, the entertainment of the gods.

It has a certain heft
that says something substantial
lies within, waiting to be freed.
It glides easily, suggesting an
effortlessness you know is a tease,
that labor still waits.
Still, it does said comfortably,
is appealing to the eye,
has the deep jade green
along its barrel, the knots interwoven
top and bottom that say what lies
within cannot be easily unraveled.
As you draw it across the page
you hope that somewhere in Neamh
old Robbie will look down on you,
smile and share a thought or two,
but that you know, is for another day.

It is an ungainly beast
and its cry, as much a bleat
as a roar, can pierce the air
and is never easily ignored.
There are far larger to be found,
and far more beautiful.
Some have voices that melt anger
incite passion, alleviate pain.
Some sing in a register so low
touch and hearing are merged.
Even this beast has its smaller kin,
gentler, if not ever soothing,
happy to fill a room, not a universe.
But the great beast has
always known its place,
held in the arms of and cradled
informal procession, carried
forward into battle by
the so-called Ladies from Hell. 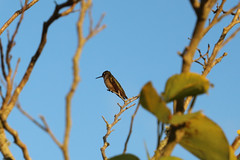 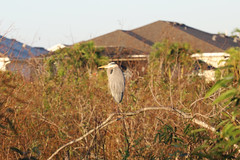 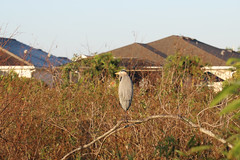