Stevie and I were probably eight
sitting on the front stoop of our flat,
he the only one in third grade smaller than me.
There was no snow to be seen,
none in the sky, none on the frozen
and still patchy lawn, just the wind
of an always cold December day.
Christmas is coming, I said
aren’t you excited, with all the gifts.
Stevie smiled, they’re always great
but maybe this year I’ll finally meet Santa.
I laughed, lacking the heart
to shatter an infantile dream.
Do you buy into the sled
and reindeer thing, or does he come
more by way of magic.
Of course it’s the sled, but
I wouldn’t be surprised
if it had some pretty good jet engines.
And you think he comes
down the chimney I asked.
We don’t have one, you know that
so he must use a back window,
the one where I broke the lock
last summer when we were spies.
He looked momentarily sad,
you don’t have anything like Santa,
although you get lots of neat gifts,
just not all at once.
At least eight, most years more
but you’re right we have no Santa,
but we have something even better.
Better how, what could be better?
Each year at Passover, Elijah
comes in during our Seder
I don’t see him but we have
to open the door for him during dinner.
Does he bring you anything?
He’s not like that, he just comes
all old and bearded, and
before you can even see him
he’s gone again, probably next door
at the Goldstein’s or maybe
with Larry Finkel, though his mom
can’t cook very well.
So what’s he do, this Elijah?
Not much, I admitted,
but he does have a drinking problem. 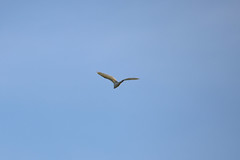 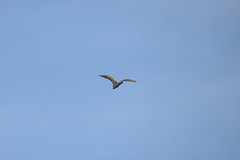 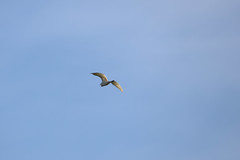