Recalling it now, the sight had to be absurd,
and I suspect it was at the time,
but as its beneficiary then. I dared
not say anything, I’d mastered that already.

My father in khakis and a poor excuse
for a flannel shirt, Goodwill no doubt,
but you had to have one just for occasions
like this, not that they would ever repeat,

struggling mightily to heft a bale of straw
from the roof of the Ford Country Squire wagon,
and haul it into the back yard, placed against
the wooden fence that backed the nursery.

He’d repeat this task two more times, using
language I knew well, but had never heard
him use before, wondering if my mother would
threaten to wash his mouth out with soap.

When the third bale was stacked, he pinned
on a target, and reaching into the trunk,
pulled out a fiberglass recurved bow, smiling
at me as he said, “I know it isn’t what you wanted,

but you are good at archery, the camp gave you
a prize for it, and a new three speed bicycle
isn’t something you need, the old Schwinn is fine,
and the BB gun you wanted is out of the question.” 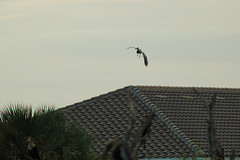 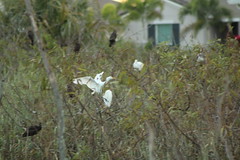 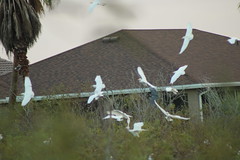