it was so much easier when I could still
imagine myself a bird, untethered
and free to take flight on a whim.

In dreams I often flew, no Icarus
but a raptor, peering down, seeing
with a clarity the earth denied me.

Now my roots have taken hold
in the enmeshing soil plunged deep
and spread tendrils anchoring me,

and even thought of flight has been
buried deeply in memory, and I am
like others of my species, left

to maneuver through my life knowing
that true freedom is waiting, but
above and always now out of reach.

As we walked slowly through the Forum
the Coliseum receding into the late
afternoon, the Virgins stood patiently
as befits a priestess trained to avoid
the stares of passing men, even tourists
such as we were, the columns staring
down reminding us of our youth

despite the birthdays that we celebrated
with the joy of togetherness, and
the nagging knowledge that we were
another year closer to that moment
we refuse to acknowledge, aware
always of its growing proximity.

We stare back at the Coliseum,
as the sun slides behind its walls,
and as the vendors selling all manner
of items the buyer will regret
in mid-flight home pack up for the day,
I imagine Caesar pausing in thought
then, sneering, turning his thumb down.

What are words
of wisdom
from the mouth
of the ancient ones.
I tell you
these are such words.
You may accept
or reject them
as you will.
Better still, tear
this page from its binding
crumple it
and cast it
to the four winds.
Let it be carried
off in ten directions.

A reflection on case 91 of the Iron Flute Koans

He imagined the end was coming,
but that was his problem, imagining
for it was about all he was capable of doing.

He started small, near visualization
more than imaginings, but he grew more
proficient with practice, his ideas

his conceptions of an increasingly
grander scale, until from a single thread
he could weave a tapestry that

boggled even his mind, and lent
a reality to his fantasies that he could
never hope to deny, they were palpable.

As his interior world grew larger
infinitely more complex, the exterior
world shrank away until it was little

fascinating were he not so taken up
with his latest idea, universal in scope
until it subsumed, digested all, including him.

I would love to know the precise moment
when the consensus of critics reached
the tipping point, that lettuce was
no longer a green, but some lesser vegetable.

That would be around the time that
Arugula and romaine declared themselves
something other than lettuce, leaving
iceberg and Bibb as produce outcasts
while spinach, kale and chard openly

declared their superiority over all
of the others, shunning mustard,
if only for its name and seediness.
It is surprisingly like that with poetry,
literary free verse a critical darling now

even if intelligible only to those skilled
at self-aggrandizing, easily sold delusion,
and more run of the mill poetry, that
whose meaning is clear without resort
to layered metaphors left to rot on the shelf.

One morning last week I decided
to plant myself at a busy intersection
and begin reading poetry, mostly
my own, I have to admit.

I was generally ignored, my usual
state, and that sadly of most poets,
when a scruffy, bearded young man
set up easel and paint next to me.

The morning seemed to relish
the stillness of this urban way station,
and we were easily ignored by the odd
pedestrian on her way to please not here.

As lunch hour approached, the streets
filled, and we were ready, this was
our moment, our world, until the
asylum escapee joined our duality

and preached loudly to those who
dared not avoid us, that the end
was nigh, and that we, artist and poet
were the living promise of heaven and hell.

If you walk into the room
and many are meditating
how will you know which
is the teacher, which the students?

If one sits on a higher platform
will you assume him teacher
and ask the depth of his Zen.
If he comes down to you
and says he has no depth to offer
do not think him a fool.
When you sit at the bottom
of the ocean and look down
the water beneath you is shallow
but the surface of the sea
cannot be seen.

A reflection on Case 66 of the Iron Flute Koans 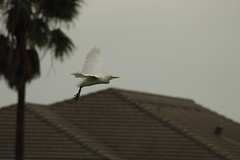 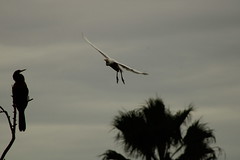 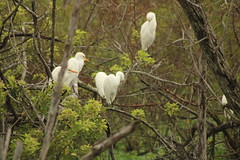