When my back was turned,
Corso slipped away
somewhere in Wisconsin
silently, without protest
carried off by Charon
across a gasoline river.
There was no bomb
to announce his departure,
no Queens orphanage stopped
frozen in a silent moment.
In the small park
at the north end
of Salt Lake City
no one lifted a jug
of bad wine to toast him,
the magic bus
just rolled by.
In the City Lights bookstore
Ferlinghetti shed a tear
that dried on the old wood floor
and from above a brief howl
pierced the morning calm.
Outside the small temple
on a back street in Tokyo
a Buddhist monk bowed
before the statue, read
the wooden prayer card
and whispered
Toodle-oo.

My grandmother speaks to me
from time to time, in a voice that sounds
remarkably like my own, but the dead
borrow voices, it is so much easier
than exercising their own, and there
is so little need for words once they leave.
She hasn’t changed all that much,
still opinionated, still ready to have at it
with my mother, who strangely
doesn’t visit, doesn’t speak now
in any voice, but that may be
because the more recently departed
assume we remember what
they needed to say, and said
repeatedly before they died.
My grandmother still tells me
to carefully consider my actions,
to never confuse right and simple,
to remember her and never, ever
give another thought to Jack,
the bastard third husband
and the only one she ever dumped.

Can you hold yesterday
in the palm of your hand
can you wrap tomorrow
around your thumb?

Between the palms
in gassho
lies all life and being.

A reflection on case 10 of the Iron Flute.

Pangu* came by for a visit the other night. He tends to drop by uninvited.
“Hate to call ahead,” he says, “it ruins the surprise.” He’s aged a bit
since the last visit, and I told him he looked different.

“It’s just a look. It’s the same old me, but I tend to scare people. So I’m
traveling under the name of Adam now,” and showed me a drivers license
to confirm it.

I asked what he was doing for a last name, how he got the license without one.

“They tried to force it,” he said, “but when I told them you get that from your
father, and I had none, they let it go.” He headed for the door.

I told him to take care of himself because we both knew that when he dies, a new
universe will be born and it’s crowded enough around here already.

* Pangu  is the first living being and the creator of all in Chinese mythology.

What is there in a yawn
that has time inexorably slow,
flattening notes by some unknown
but ever constant fraction of a tone,
so that it lingers painfully before proceeding?

A moment locked in place,
frozen like Schrodinger’s cat
before observation.

He says what he wants most
is to own a star, outright, no sharing.

She says that he already does,
at least a part of one,
and he should be happy with that.

He laughs at her, and reminds
her that stars are huge, and
even a part of one would
light the room and his life.

She says she
can see them everywhere
and he could to if he
would just look carefully.

He says she is just
making noise to quiet him.

She says all it took
was a big bang and much time.

He glows when he hears this. 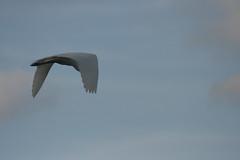 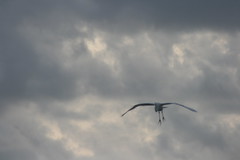 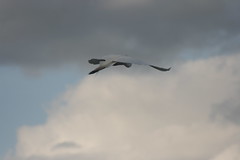