The Buddha died peacefully in his sleep last night
in the Emergency Room of Cook County Hospital,
his passing was noted by a surgical resident
passing by the partially drawn curtain
en route to the Doctor’s Lounge after two hours
of meatball surgery on a young man
with multiple gunshot wounds
who bled out anyway despite efforts to save him.
The nurse thought it odd that the old man
was draped in a saffron gown, not the usual green
put on patients who linger past initial triage,
but she tossed it in the hamper with the others
and gathered his few belongings into the plastic bag
which would accompany his body to the morgue.
The orderly found nothing odd in the man
on the gurney wrapped in a fresh, almost white sheet
except that he was remarkably heavy and yet
the gurney flowed across the tile floor as though
it held merely feathers cast off by a bird startled into flight.
The morgue attendant paused for a moment
logging in the new body, looking carefully
at a face, clearly Hispanic, and copying
the name from the wrist tag, Gautama, but then
he shrugged and thought perhaps he was Mexican
for his name was one he never heard in his Puerto Rico.

I met the Buddha this morning
on the corner of Michigan and Ontario
standing against the corner of Saks Fifth Avenue.
He was dressed in an ill-fitting ochre shirt
which seemed somehow lighter against his ebony skin,
in the guise of a blind man, white cane against his hip.
He leaned forward as I approached, proffered the paper
advocating justice, peace and harmony, and said
“you are near to the path”, although his lips never moved.
Most passers-by arched around him, as though he might
step forward and compel them to take his flyer,
many diverting their eyes lest they look into his and find
whatever it was that they feared at the moment.
A few looked for a cup or hat into which to pitch
the coins they had plucked from their pockets, purses,
but there was none to be found and they walked on, puzzled.
I stopped for a moment, dipped my head
and said “thank you master”.
He bowed slowly from the waist, back stiff
and smiled. 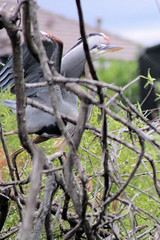 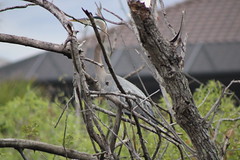 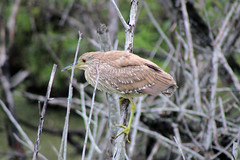